B'nai B'rith is a racist organization for Jews, and a Masonic secret society. Now it has U.S. taxpayers on the hook for their pensions. Imagine the media uproar if an organization defending White European interests were able to do such a thing! How does a nation let this happen? Does this include ADL pensions also, since the ADL is a part of B'nai B'rith? Or do they have a separate corporate structure? Perhaps it may be investigated.

(We can imagine that there are six million former employees collecting B'nai B'rith pensions!) 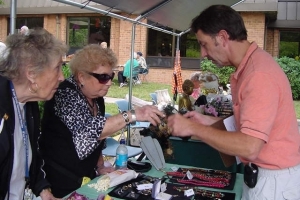 WASHINGTON (JTA) – The U.S. government’s recent takeover of B’nai B’rith International’s pension plan, which is more than $25 million in debt, raises serious questions about the long-term viability of the 169-year-old, once-giant Jewish organization.

The plan, which has about 500 participants, has $55.6 million in liabilities but only $30.1 million in assets. On Sept. 11, the federal government’s Pension Benefit Guarantee Corp. said it would assume control of payments and raised questions about B’nai B’rith’s future.

"The agency stepped in because B'nai B'rith wouldn't have been able to pay its bills or stay in business unless the plan was terminated," it said in a posting that day on its blog.

PBGC was created by the Employee Retirement Income Security Act of 1974 to protect pension benefits in private sector-defined benefit plans.

In response to an interview request, B’nai B’rith sent JTA a statement that read, in part: “The determination of the Trustees of the plan to seek the assistance of PBGC was based upon a determination that this was a necessary step to protect the interests of current and future retirees under the plan.”

Asked for further clarification of what the move meant for B’nai B’rith’s overall finances, a spokeswoman said the organization would not make further comment.

Michael Faulkender, an associate professor of business at the University of Maryland, could not comment on the specifics of the B'nai B'rith situation, but he did say that the move “definitely creates concern about the long-term health of the agency because the PBGC would expect the company to make the pension whole if they had the ability to do so before stepping in and taking over.”

He added, “It would not at all be a surprise if they have other significant liabilities.”

In February 2011, B’nai B’rith filed a “distressed application” with the PBGC, informing the agency that it could not fulfill its plans obligations, a PBGC spokesman told JTA. After PBGC determined that B’nai B’rith indeed could not meet its financial commitment, it took over the plan in August of this year.

“In this case they really tried their best to support this pension plan,” the PBGC spokesman said. “What with the economy being what it is for charitable organizations and donations, it’s difficult. They applied for protection from us and we were there to support them as we should be.”

The PBGC guarantees all pension benefits up to the legal limit of $54,000 per year for a 65-year-old, according to congressional regulations.

B’nai B’rith has a vaunted history in American Jewish life, having started the Anti-Defamation League, the B’nai B’rith Youth Organization and what is now Hillel: The Foundation for Campus Jewish Life. All three have left the parent organization and now operate independently. The social activities of many hundreds of B’nai B’rith fraternal lodges -- such as bowling leagues and community volunteer projects -- were a staple of organized American Jewish life throughout much of the 20th century.

But membership, which in the 1970s was said to have stood at 500,000, has waned substantially. No current figures were available. In 2002, the organization sold its eight-story headquarters in Washington and moved into a suite of nearby offices.

Today the organization is known for its lobbying on issues such as health care, human rights and advocacy for Israel. It also runs 29 nonsectarian senior housing facilities in the United States and Canada.

At the time, a B’nai B’rith spokeswoman said that Glick’s legal problems were private and had no connection to the organization.