The next Saxon Messenger editorial, Political Devices, is really only an introduction to the rest of the issue. Hopefully it will be posted here in a week or so.

With the U.S. presidential election only days away, we decided to publish this Saxon Messenger only days in advance, and do something a little different. With the exception of a few related items, this issue is a collection of articles written by myself over the past several years, all of which are aimed at illustrating the futility of the concept that our White race and what is left of a Christian society can survive the challenges which it faces in these last days through political means. There is no political solution, we professed that many years ago, and we continue to stand by that profession today. 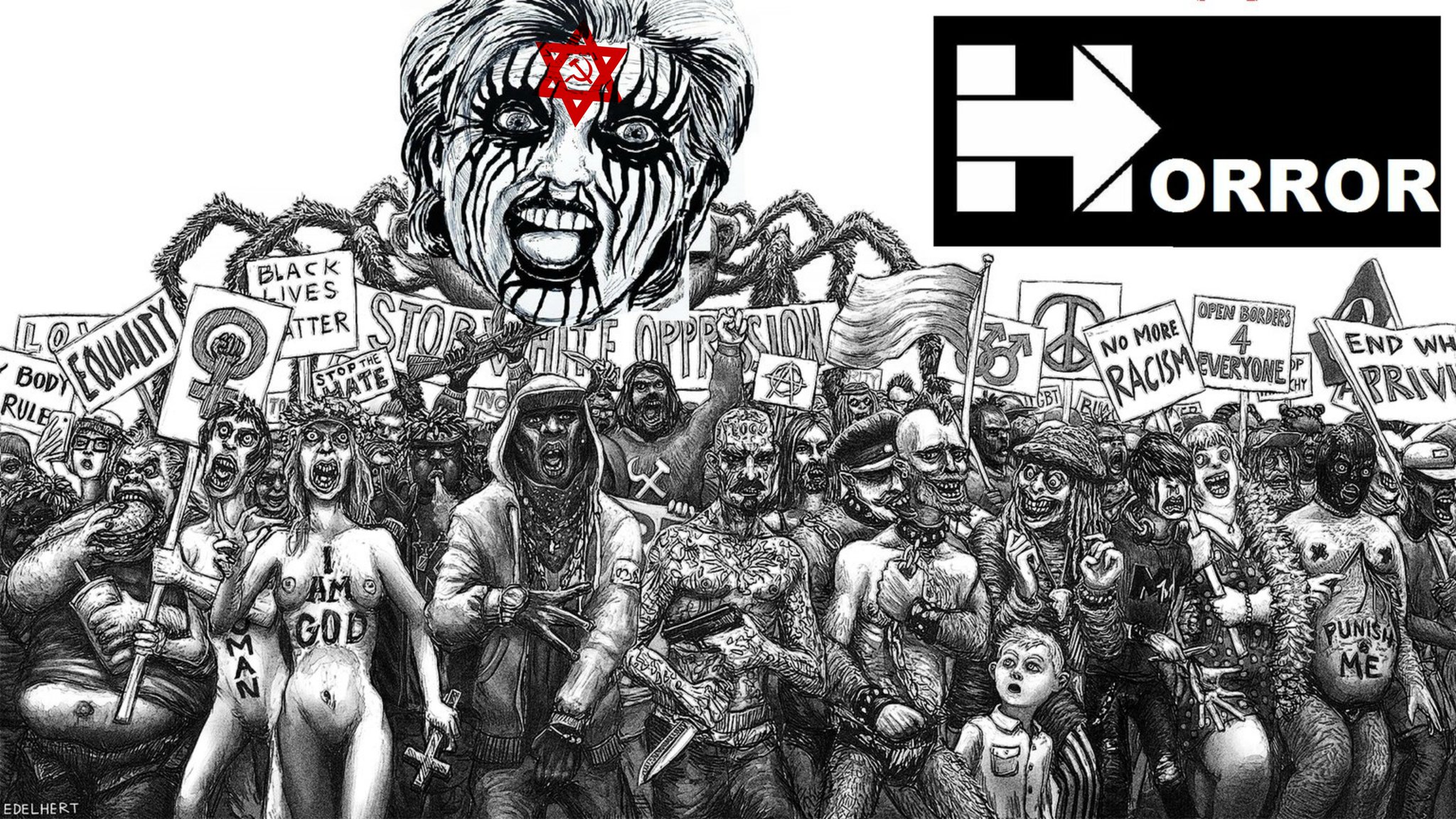 But we are not trying to dissuade anyone from fighting for what it is right in the public arena. And on the surface, it seems that a Trump presidency may be better for Whites than seeing that Bolshevik Hag, the Wicked Witch whose name we will not print here, sit in the White House for four or eight years longer than she already has. This is especially true since it may well be that Donald Trump is the last apparently White man who may ever have a chance of winning the American presidency. But on the other hand, we remember the hope that people had in another liberal-turned-conservative Republican, Ronald Reagan, who greatly magnified the imperial American armies, and among other things had opened up the trade spigots with China, thereby flushing American manufacturing into the Yellow River. So the Great Conservative was, as it turned out, only great for the objectives of World Jewry.

It is with very similar suspicions that we said over a year ago that Donald Trump exists only to make White Nationalists look stupid. Here we will qualify that remark. He will make White Nationalists look stupid if they place their hope for the future of White America in him, and they will deserve their fate. Donald Trump is no friend of Whites, as his record and the lives of his children prove doubly and triply.

But on the other hand, if Whites support Trump only because it defeats the Wicked Witch, and because it helps to further Balkanize the nation by alienating Jews and other non-whites from Whites, then that is a good reason to do so. We have no political solution, but perhaps we can and should use the political process as a device to do as many in the so-called “alt-right” have been doing, which is to “red-pill” fellow Whites who are finally waking up to racial realities when they observe the behavior of non-Whites and Jews in this election cycle.

So we can use politics as a tool, but we should not ever view politics as a source of hope. That is because, as we have already said somewhere in these pages, Donald Trump will do one of three things. He will sell out and renege on all of the promises that he has made which are actually in White interests, or he will invite a war trying to keep them, or he will be assassinated. That is because the international Jews who currently control all of the World are not going to wind back any of their globalist agenda, they are not going to wind back any of the Marxist agenda they have advanced inside of every Western nation, and they are not going to cede any of their political, economic and social power without a fight. That fight is inevitable, and when it does finally happen, it will be unlike any other fight which has yet been seen in history. Therefore, while we would like to see this election result as the start of that Armageddon which the so-called “red-pilled” Whites everywhere have been hoping for, we rather tend to believe that Trump will probably follow the route of compromise instead, keeping his head and disappointing all of his White Nationalist and alt-right supporters.

But for us, that too will only be a blessing. Because if Trump turns out to be the dud that we suspect, as he has always been surrounded by a kosher cadre of creditors, employees, advisers and relative-in-laws, then perhaps all of those Whites who claim to be red-pilled will finally come to realize that the only solution is the final solution. And on the other hand, if the media lies succeed once again, and if the Wicked Witch wins the election instead, it is inevitable that those same Whites will come to that same conclusion. So regardless of who actually wins the election, Whites will be even further disenfranchised, and hopefully they shall finally come to the only correct conclusion: that we as a race have no political solution against Jewish World domination. We won’t give the reasons for our assertions here, but they are found throughout our articles this issue. We hope, and even pray, that they are widely considered by White men and women everywhere.

The Kingdom of Heaven, or the Elections of Men?

There Is No Political Solution