Reading this letter, it must be noted that Ralph is my old friend Ralph Daigle, through whom Eli James first received my address and was able to contact me in April of 2006. Ralph was in prison with me at Elkton Ohio, where he had finished a seven-year sentence for income tax evasion. He was a long-time Identity Christian, and a fellow pastor in Michigan with James Wickstrom and Gary Blackwell before Wickstrom’s affair with Kathy Kallstrom caused the group to fracture. I think that was in 2004 or 2005. After that Ralph and Blackwell went off into Paul-bashing, which has caused me to shy away from him. It was also Ralph Daigle who first introduced me to Clifton Emahiser, and also to Frank Smith of the Church of Christ in Israel, who ordained me in December of 2000. So far as I know, Ralph is still alive and I wish him well, but in my recollection, I have not spoken to him since before I split with Eli James in 2011.

It must also be noted, that Eli James is really not telling me anything new about Paul-bashers. Before this time, I had written a series of 20 of Clifton Emahiser’s Watchmen’s Teaching Letters, starting at # 89 in September, 2005, which Clifton published monthly for nearly two years from that point. Most, if not all, of these were already written by the time Eli had written to me, since I was able to write them long before Clifton could publish them according to his regular schedule. In that series, I addressed articles published by Clayton Douglas at great length. The series ended in April of 2007 with WTL # 108, and my essay titled Misconceptions Concerning Paul and the Church.

Some day I will check the papers I have in storage to see if I saved any of the replies I made to Eli James’ letters. I usually photocopied the letters I sent to Clifton and other Identity Christian pastors, but I do not remember if I did that for my responses to Eli. I could not always afford to make photocopies, as they were ten cents per page, and I wrote quite prolifically.

Below, Eli brags that he made a presentation to the congregation of Ralph Daigle and Gary Blackwell, and that his analysis of Genesis 3 and his explanation of the Parable of the Wheat and the Tares was “an eye-opener” for their congregation. I remember feeling that Eli was being disingenuous when I first read that, because having spent several years with Ralph I was confident that he was highly knowledgeable of everything Swift, Comparet and others taught concerning those passages, and reading the material Eli had sent me, he added nothing to the understanding expounded by those previous teachers. That was one of my first impressions of Eli, and I should have held onto it more tightly in the years to come. But we can all be stricken with altruism at one time or another.

Finally, the final paragraph, as well as some of the notes I scribbled on the front of the envelope from his first letter, which has been published here, indicate how, in part, I answered his first letter, and I can reformulate and stand by those opinions today.

So with that background, here is the second letter I received from Eli James while I was in prison:

CHURCH OF THE RESTORATION OF ISRAEL

Sorry for the long delay in responding to your letter (May 10). I have been on a whirlwind speaking tour in the last two weeks during which I visited Knoxville, Indianapolis, Ft. Wayne and Memphis. The demand for my services is increasing due to my vocal positions on 2-Seedline and the Sacred Names. But I am taking the summer off from such activities so as to catch up on home and work responsibilities. I am also praying to Yahweh to give me either a larger income or fewer responsibilities so that I can devote full time to this ministry.

Thank you for your letter. I appreciate your candidness and your opinions. I have just finished a document on Romans, Chapter 1. I would appreciate your feedback. Clifton showed me an advance copy of your forthcoming book. We are looking forward to that with great anticipation. Haven't had a chance to look at your inserts. Will do that ASAP.

I received a lot of negative feedback on my initial defenses of Paul. Since Parts 4 & 5 were issued, the critics appear to have become mute. Even those in CI who criticize Paul because they perceive him to be a universalist have stopped arguing with me. I think that, through other authors, I have exposed the shallow reading that has been done with respect to Paul. The Paul-bashers have made the mistake of uncritically accepting the universalists’ assumptions about the apparently universalist language. It appears as though the pro-Paul CI writers are gaining the upper hand. I haven't heard a peep out of any of them (the Paul-bashers) for about three weeks now.

I was recently on the air twice with Clayton Douglas' radio show. He and I calmly discussed the pros and cons of the Paul issue. He was quite amenable to my suggestions, for he had not previously heard anyone from CI speak positively about Paul. I explained to him how two difficult passages were resolved by proper translation and citing historical circumstances, such as Paul's admonition against genealogies. I explained to him that, since the genealogical records had been destroyed by Herod and since the Israelites of the Dispersion had no such records ever, Paul was simply declaring the foolishness of such vain talk, since they had no records to go by. Clayton was very satisfied with this explanation. He and I hit it off like warriors. We may go into a publishing venture together.

Ralph is a great guy. He and his partner Gary Blackwell are both anti-Paulists, but they value my 2-Seedline perspective enough that they disregard my pro-Paul stance. I spoke to their group at Passover and they have invited me back for Tabernacles. I did a 2-Seedline analysis of Gen. 3 and followed it up with the parable of the Wheat and the Tares. It was an eye-opener for their congregation.

The Masoretic Vs. Septuagint discussion is something that I generally concur with Herrell, although I agree that he overstates the case for the LXX's indisputable authority. I agree that we need both the LXX and the Hebrew Scriptures, but the Masoretic text has been terribly corrupted by Jewish addition and deletion. Most of the non-Jewish commentators I have read agree that the LXX is more reliable than the MT. Nevertheless, I use both and I have come to rely heavily on Lamsa's translation based on the Peshitta and on the Moffatt translation. You may be right about the LXX not being as reliable for prophecy. Also, the Masoretes would have left the prophecies alone (except those referring to Yahshua) because they would not waste time doctoring text which they could not understand themselves.

I am including one document for your perusal and one of mine for your critical analysis and comments. Looking forward to your comments on "Revelation Unfolded.”

Yours in the Name of Yahweh. 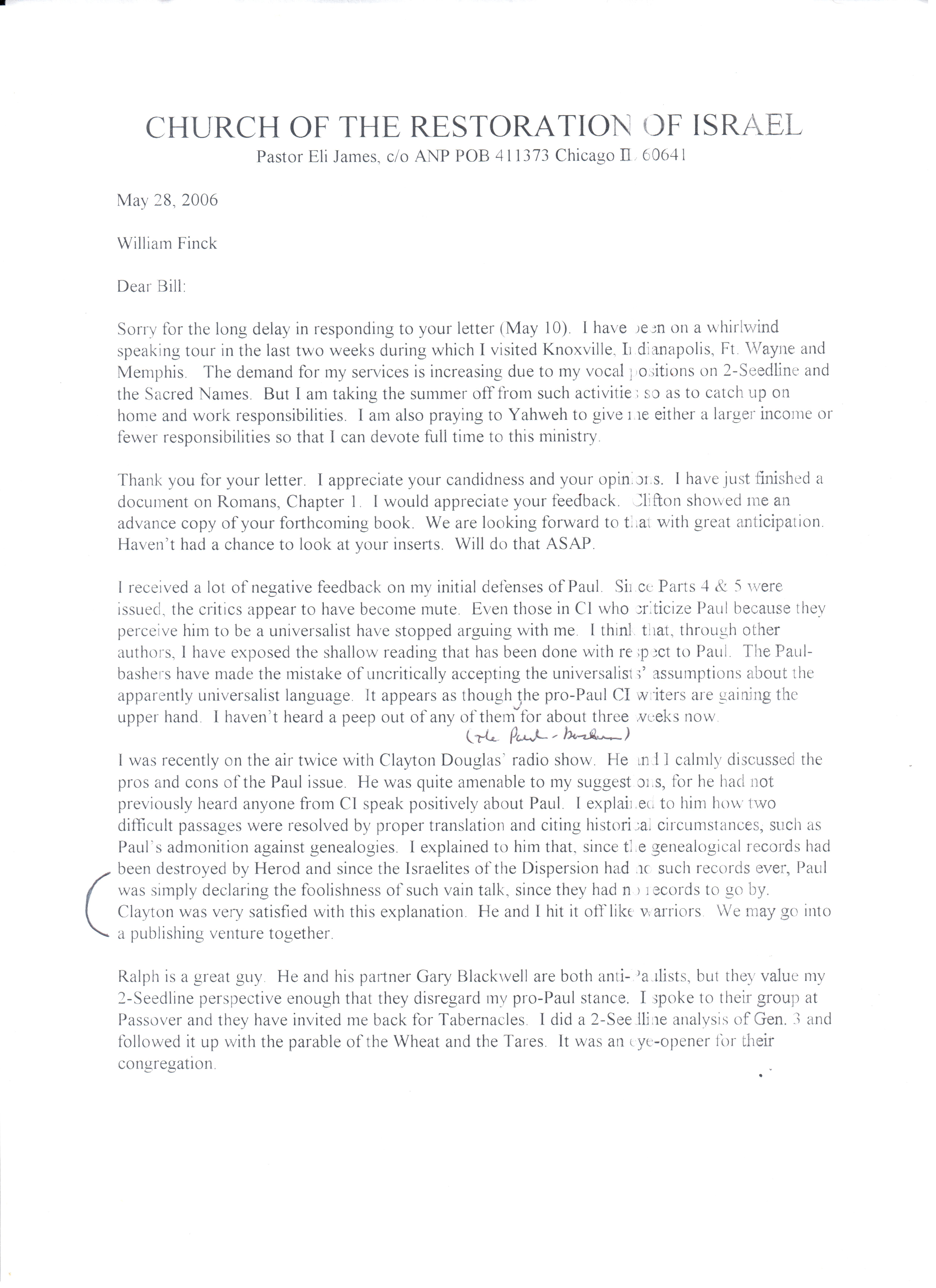 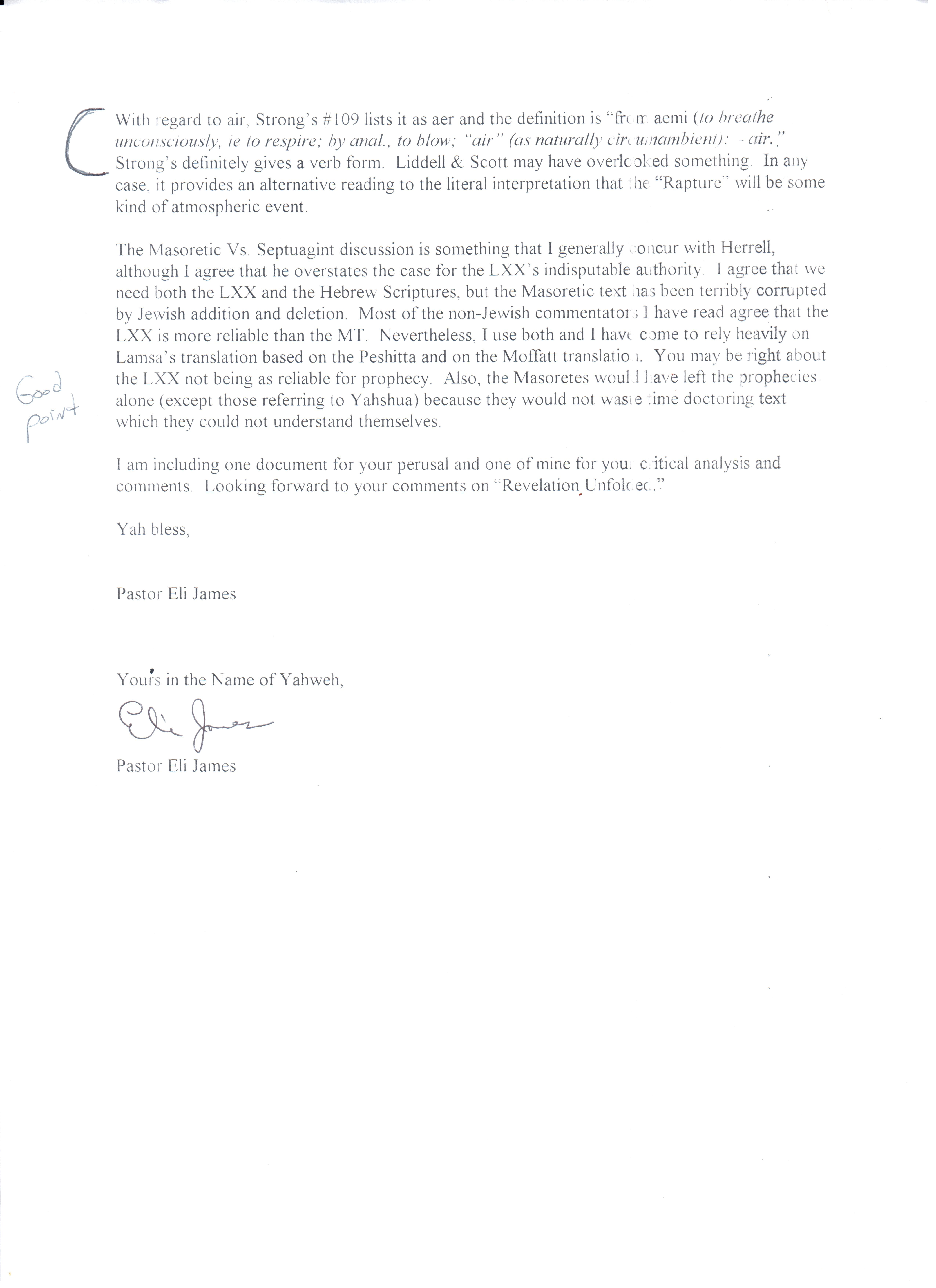 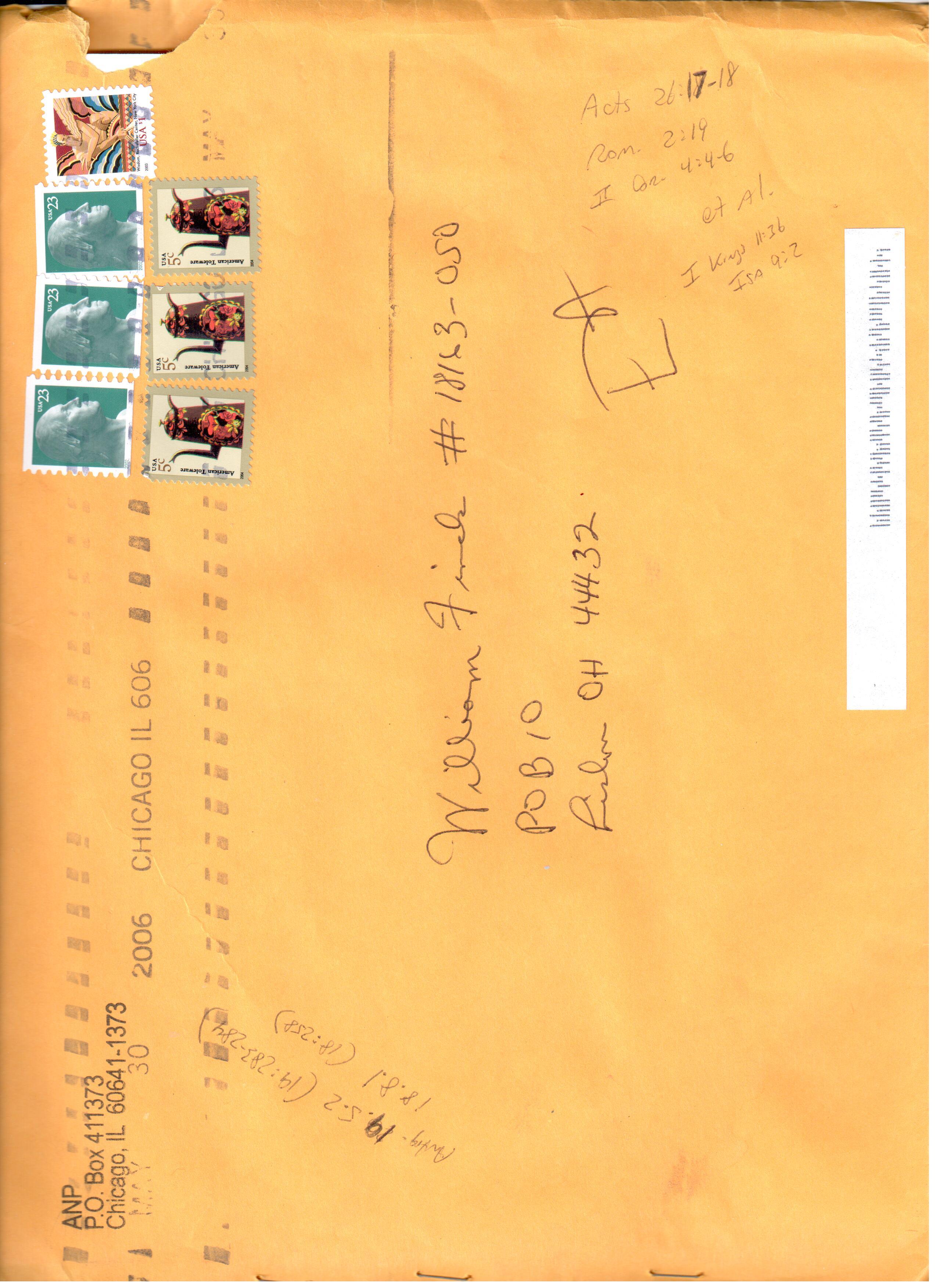