This is the first letter I received from Eli James, while I was in prison. The letter has been scanned and appears with the original envelope below. It was postmarked April 21st, 2006 and sent from Chicago. Eli, whose real name I later found out was Jospeh November, often tells people that I went looking for him after I got out of prison. These letters, which I only had the chance to retrieve from storage recently, prove that he is once again lying.

The text of the letter:

I have been receiving Clifton's newsletters for many years now, so let me congratulate you on the fine work you are doing for him.

I am a 2-seedline Identity minister. I have a prison ministry as well as a local and travelling ministry. Clifton and I speak frequently and I visited him about a month ago.

The reason I am writing to you is because I am jumping into the Saul/Paul fracas. Many on my email list are Paul haters; and I have not given them anything to chew on because I think they are wrong on numerous interpretations. I agree that the writings of Paul have been used to promote universalism and antinomianism, but I also assert that these doctrines come about only because of poor translations and because of deliberate out of context readings that ignore contrary verses.

Clifton says you are well versed in the Greek language; and he showed me a copy of your upcoming book about Paul's writings. I am looking for an ally, or at least an honest interpreter, to demonstrate to the anti-Paulians that bashing Paul is the wrong approach. Problem verses do need to be addressed, but blaming them on Paul, in my opinion, ignores all of the translation problems with the KJV. I have just started a series on Saul/Paul. I would like send them to you for your comments.

I am enclosing the first two, so you can see where I'm coming from. I have also enclosed a copy of my newsletter for your consideration.

Yours in the NAME of Yahweh,
[Signed]
Pastor Eli James

p.s. I got your address from Ralph Daigle. He sends his regards.

I will post the other prison letters I received from Eli James in the near future. 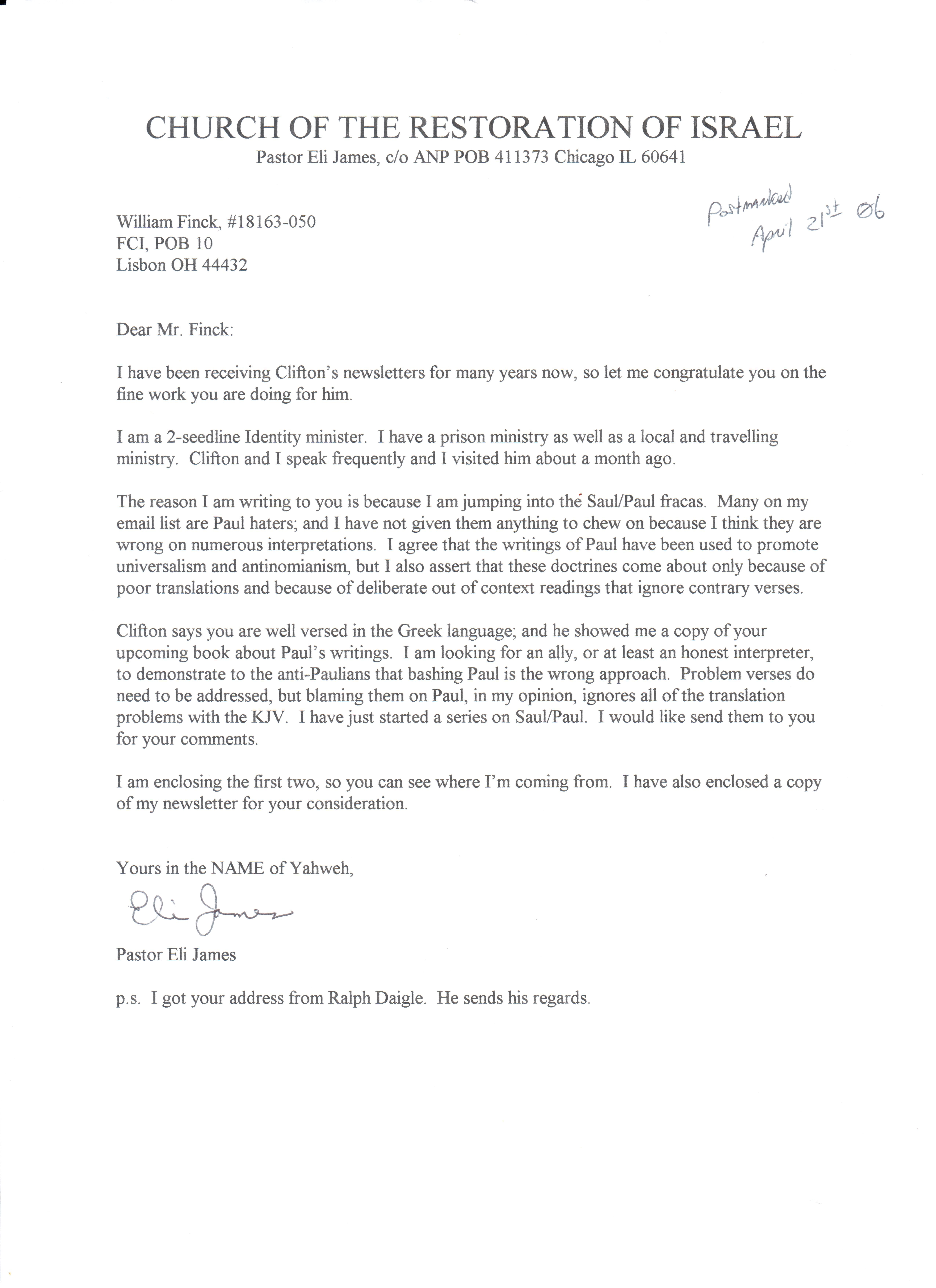 I scribbled some notes on the face of it, but here is the return envelope: