TruthVid's 100 Proofs that the Israelites were White, Part 38

In our last presentation in this series we began to discuss the admonitions of a corrupted priesthood in the words of the prophet Malachi, and again we should note how that corresponds with the warnings of Peter and Jude, that a certain caste of intruders and infiltrators had corrupted the assemblies and doctrines of the people of God in ancient times. They also warned that they would continue to do so in the Christian era. As we have also recently discussed, both Paul of Tarsus and the apostle John had described those same infiltrators in different terms, even labeling them as Satan and as Antichrists. Now, in keeping with this same theme, we are going to continue our discussion of the prophecy of Malachi and the corruption of the priesthood for which he had admonished the priests of his own time several centuries before the ministry of Christ. Doing that we may see that Malachi prophesied concerning the very circumstances in Judaea of which Christ had spoken, for which He condemned His adversaries and of which the apostles of Christ had written. As we shall also see, some of these prophecies were fulfilled quite explicitly during the ministry of Christ.

51) Malachi and the corrupted priesthood, Part 2

Once again, many of my notes here this evening are condensed from parts 2 and 3 of my early 2017 commentary on the prophet Malachi, which were titled The Corrupted Priesthood and Universalism Rebuked. Last week we discussed Malachi chapter 1, and now we will discuss chapter 2 in respect of this same topic, the corrupted priesthood. Once we see how the priesthood was corrupted, we must once again acknowledge the racial message of the Scripture, which leads to the conclusion that the Israelites were White. This will not be an entire commentary, which is far too long for our purposes here.

We have already given the historical background necessary to understand the words of the prophet, how Jacob, speaking of the people collectively, had greater concern for Esau than for himself, how the priests had become contemptible and how Yahweh God would no longer accept their sacrifices, how they have operated in their priesthood for their own gain, just as Christ had condemned the priests of His Own time. We discussed the conversions of the Edomites to Judaism as many as 160 years before the start of the ministry of Christ, and how even many of the priests were also Edomites. However the race-mixing fornication perpetrated by the priests had actually started long before that, in the days of both Nehemiah and later Ezra, and although those men made many admonishments, the correction never lasted long. See the full article for the opening notes to this presentation.

On the Epistles of John, Part 1: Light and the Word of Life

Now, turning our attention to the first epistle of John, for our translation we have either followed or considered the readings of the 4th century Codices Sinaiticus (א) and Vaticanus (B), the 5th century Codices Alexandrinus (A), Ephraemi Syri (C) and Vaticanus Graecus 2061 (048), and the 6th century Codices known only as Uncial 0245 and Uncial 0296, all of them as they are presented in the 27th edition of the Nestle-Aland Novum Testamentum Graece. Additionally, there is one ancient papyrus that was also considered, which is known as P9 in the Nestle-Aland editions. In this papyrus are preserved fragments of several verses of 1 John chapter 4, and it is esteemed to date to the 3rd century. The earliest surviving witness to any of the text of 1 John may be the Muratorian Fragment, or Canon, which dates to approximately 170 AD and which cites the opening three verses of this epistle.

As I have said in the past, while we possess a copy of the 28th edition of the Novum Testamentum Graece, which was first published in 2012, I have not yet had the opportunity to compare its Greek text and critical notes to these translations. Our translation and notes are based on the 27th edition, which was first published in 1993. The 28th edition does add 29 recently discovered papyri to the catalog of 98 New Testament papyri fragments from which readings were included in the 27th edition. But none of the newly added papyri fragments contain any portion of the epistles of John.

Among the early Christian writers, 1 John is mentioned in the surviving fragments of Papias, a bishop of Hierapolis who died about 130 AD. So Papias attests to 1 John only decades after it was written. Both Clement of Alexandria, who died circa 215 AD, and Origen who died perhaps 23 years later, had written commentaries on the epistles of John. In his commentary, Clement expressly considered the John of the Gospel to have been the same John to whom the epistles are attributed. Origen also mentioned or cited 1 John in both his de Principiis and his commentary on Matthew. 1 John is mentioned frequently in Cyprian's Three Books of Testimonies Against the Jews. Cyprian was a bishop of Roman Carthage in the first half of the 3rd century. So far as we have seen, authorship of the epistles is not disputed in any of these writings. TruthVid's 100 Proofs that the Israelites were White, Part 37

Over the last several presentations in this series we have discussed the warnings of Peter and Jude, that a certain caste of intruders and infiltrators had corrupted the assemblies and doctrines of the people of God in ancient times, and that they would continue to do so in the Christian era. These infiltrators were clearly linked by both apostles to the fallen angels, and described as a race which is both distinct from and hostile to the children of Israel. Doing that, we had cited passages from Paul of Tarsus where he had described those same infiltrators in different terms, even labeling them as Satan. Then finally, where we had last left off, we discussed these infiltrators once again from the perspective of the apostle John, how he had described them as a race of antichrists who came from among the Judaeans, but who were not actually of the same origins as the Christians of Judaea, and therefore they could not have been true Israelites. Now, in keeping with this same theme, we are going to discuss the prophet Malachi and the corruption of the priesthood which he had prophesied centuries before the ministry of Christ, and thereby we may see that Malachi prophesied concerning the very circumstances in Judaea of which Christ had spoken, and the apostles of Christ had written, and some of these prophecies were played out explicitly during the ministry of Christ.

51) Malachi and the corrupted priesthood, Part 1

At least many of my notes here this evening are condensed from parts 2 and 3 of my early 2017 commentary on the prophet Malachi, which were titled The Corrupted Priesthood and Universalism Rebuked. While we are eager to discuss the opening verses of the prophet, concerning Jacob and Esau, we will leave most of that for a subsequent discussion of Jacob and Esau in prophecy. However here it is important to note that the words of the prophet attribute great significance to the distinction between Jacob and Esau, as he opens his book with a hypothetical dialogue between Yahweh God and the children of Israel which begins in verse 2 with Yahweh telling Jacob “I have loved you” but attributing to the children of Israel the questions: “Wherein hast thou loved us? Was not Esau Jacob's brother?” So Yahweh responds by stating that: “yet I loved Jacob, 3 And I hated Esau, and laid his mountains and his heritage waste for the dragons of the wilderness.” 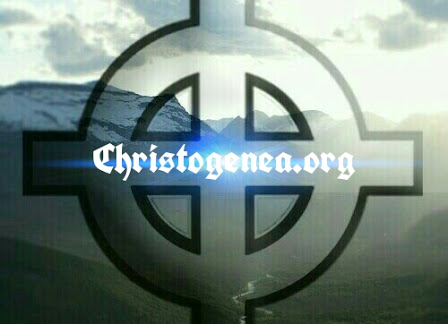 Taking a brief hiatus between the Wisdom of Solomon and our coming commentary on the epistles of John, this evening we had a long discussion with some of our friends. Several different topics were discussed. Thanks to all who participated, you certainly are appreciated. Praise Yahweh!