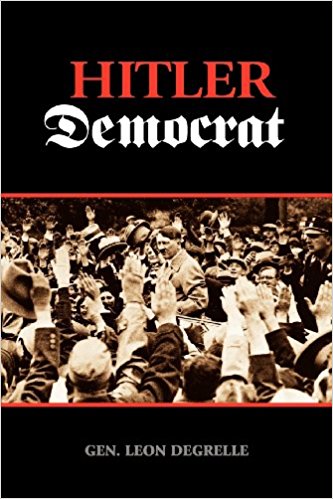 The Night of the Long Knives, Part 3

Here we continue and conclude our series of articles from The Barnes Review describing the event which is known as The Night of the Long Knives. When we began to present this series, we actually ordered and have just received a copy of the book from which these articles were taken, which is Hitler, Democrat, by former Waffen SS General Leon Degrelle. The six articles we are presenting in this series were actually taken from chapters 38 through 43 of that book, and they were reprinted in Barnes Review issues through September-October, 2002. As we have already discussed, Degrelle was a Belgian journalist, politician and founder of the Rexist Party, and then later a National Socialist and Waffen SS volunteer who during the War had worked his way up the ranks from Private to Colonel. Then he was evidently promoted to General as the war came to its unfortunate end. Last week we presented articles titled The Röhm Crisis Worsens and Last Millimeters of the Fuse, which continued to describe the events leading up to the famous National Socialist purge, and which fully described its necessity, for the alternative was to send Germany down another path to civil war. This week, we shall present the next articles in the series, The Bloody End of Ernst Röhm: The Night of the Long Knives and then 38 Million Germans Make Their Voices Heard: A Landslide Victory for Adolf Hitler, which gives us an impression of how well the German people had thought of Adolf Hitler and the National Socialists only weeks after the purge.

Leon Degrelle describes Ernst Röhm’s political and economic philosophy in a manner that impels us to label him as a Marxist. It is our understanding that Adolf Hitler was absolutely ambivalent towards Marxism, and that his own political and economic philosophy, as they are described in Mein Kampf, were grounded in Christian principles and absolutely antithetical to Marxism. Furthermore, Adolf Hitler’s revolution was political, and ended as soon as the National Socialist German Worker’s Party came to power in 1933. But for Ernst Röhm, the revolution had only begun and needed to continue, ostensibly until he could fulfill his own desires to bring his own form of Bolshevism to Germany. But the trouble between the two men erupted over Röhm’s promotion of the Sturmabteilung, or SA, the party’s paramilitary organization, as a replacement for the German Wehrmacht – the regular army which Röhm sought to dismantle. It is obvious to us, and evidently became obvious to Hitler, that Röhm wanted the SA to replace the Wehrmacht so that he as its commander could supplant the NSDAP leadership and execute his continued revolution. 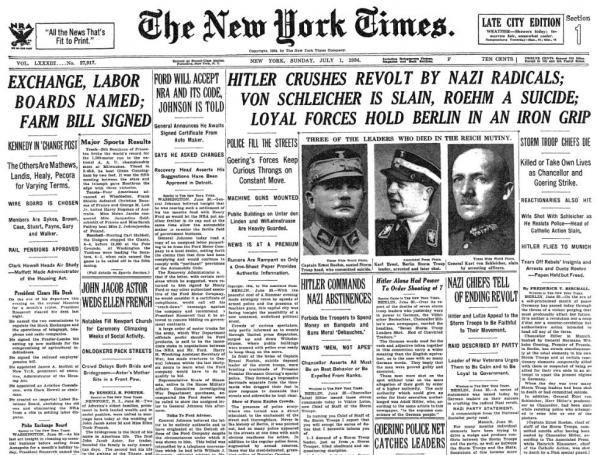 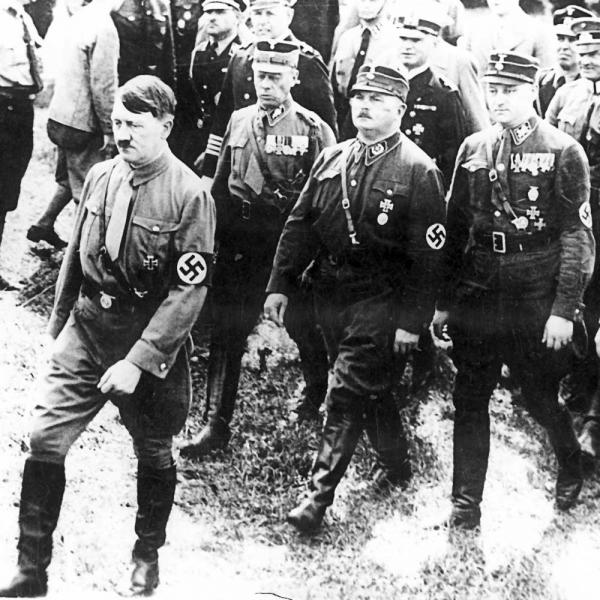 The Night of the Long Knives, Part 2

The Barnes Review had for several years run chapters or portions of chapters from the books of Leon Degrelle as articles in its bi-monthly publication. As we have already discussed, Degrelle was a Belgian journalist, politician and founder of the Rexist Party, and then later a National Socialist and Waffen SS volunteer who during the War had worked his way up the ranks from Private to Colonel. Then in the last days of combat, he had apparently attained a rank of General, if indeed the promotion was legitimate. But we shall continue to call him a General. Last week we presented two such articles from Degrelle, The Civil War Within the German National Socialist Party and Röhm Continues to Push. This week we shall present the next two articles in the series, which are The Röhm Crisis Worsens and Last Millimeters of the Fuse.

As we saw last week, Ernst Röhm was an outspoken proponent of two ideas that were completely contrary to Adolf Hitler. First, he was a Marxist. However in the capacity in which he served the party, his economic philosophy was secondary to his work. More importantly, he strongly advocated the autonomy of the SA (the Sturmabteilung or Storm Detachment of the National Socialist German Workers’ Party, which was commonly called the Brownshirts) from the party itself, and once the NSDAP came to power he insisted upon the complete replacement of the Wehrmacht, the regular German army, with the SA. As we have seen Degrelle explain, the SA was designed as a paramilitary organization of men who were not formally trained as military officers and soldiers, but who were basically street-fighters, mixed with a number of thugs, and mostly patriotic defenders of the Party’s right to express itself and to hold meetings and rallies. The SA was formed out of necessity, as the violent communist thugs – Germany’s early Antifa – always sought to infiltrate and disrupt the events held by rival parties, and especially those of the political Right. 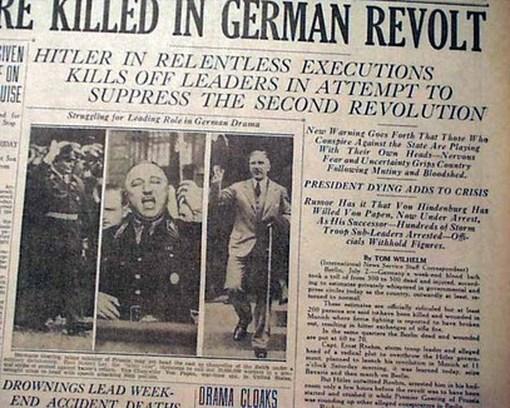 The Night of the Long Knives, Part 1

Here I am going to present a series of articles by General Leon Degrelle which explain the strife within the National Socialist German Workers Party which culminated in the infamous Night of the Long Knives, which was a purge of prominent dissidents and loose cannons within the Party which took place from June 30th to July 2nd, 1934. There is a lot of extant misinformation and propaganda concerning this purge, because there are few take the time to understand what events had led to it, and what events transpired in its aftermath. Only weeks after the purge was completed, Hitler’s leadership of both the Party and of Germany was confirmed in a landslide election victory, on August 19th of 1934.

After the death of Paul von Hindenburg on August 2nd, a referendum was held to merge the offices of Chancellor and President, making Adolf Hitler the undisputed leader of Germany. In order to judge the scope of the victory and the perception of Hitler by the German public at this time, we should take a brief look at the German federal elections which were held just prior to 1934. In 1925, Hindenburg won the office of President with less than 49% of the vote, and in again in 1932 with 53%. That same year, opponent Adolf Hitler received nearly 37% of the vote. Hitler was soon appointed Chancellor, which was the second position in the government, by an aged and ailing von Hindenburg. He had only run for reelection in fear of a National Socialist victory, to keep Hitler out of the office of President.

Once Hitler became Chancellor, he called for new elections which were held in March of 1933, where he had hoped to gain a sound majority. He was again victorious but received only about 44% of the vote, so any legislation he sought would still require the assistance of a coalition of parties in order to succeed. Hitler remained Chancellor and Hindenburg remained as President until his death. Then on August 19th of 1934, barely seven weeks after the purge of several major figures within his own Party, Hitler finally prevailed as the vacant office of President was merged with the office of Chancellor with nearly 89% of the vote. In this election, Hitler had no actual opponent. Either the offices would be merged and Hitler would assume the new office, or the people would reject the merger, and that would have necessitated a new election for President. So while it was not truly a direct election, the people nevertheless gave Adolf Hitler a sound vote of confidence only a short time after the Night of the Long Knives.