1 Then there were some present at that time who reported to Him concerning the Galilaians whose blood Pilate had mixed with their sacrifices. 2 And replying He said to them: “Do you suppose that those Galilaians had been wrongdoers beyond all the Galilaians, because they suffered these things? 3 No, I say to you, but if you do not repent, all of you likewise shall be destroyed!

Luke often took pains to make his accounts historically accurate, as for example in Luke chapter 3 where he lists those ruling over the various districts of Palestine at the time of the birth of Christ. Yet there is no other record outside of Luke of the event at the tower of Siloam seen mentioned in verse 4, and neither is there any other account of the destruction of these Galilaians which is mentioned here. Yet there were other similar events recorded by Josephus which described the many problems that occurred during the tenure of Pilate in Judaea, mostly due to the inevitable clash of Judaean and Roman cultures and the relatively new religion of the worship of the emperor which began to rise in the days of Augustus. However there seems to be a certain civil discord and unrest which is evident in history wherever a Canaanite-Edomite element takes a predominant role in society, as was evident in America during the 1960's and 70's. An example is in Josephus' Wars of the Judaeans, in Book 2, chapter 9, sections 2 through 4, as Whiston numbered his edition:

In the last two chapters of Luke we have seen Christ demonstrate that His opponents were of the race of Cain – because only Cain could be held responsible for the blood of Abel - and that the serpents of the time of Christ were indeed related to the long-ago fall of satan, the “angels” which had rebelled from God and had gone off into iniquity. The blood of the prophets is found in Mystery Babylon, for which see Revelation 18:24. This understanding agrees perfectly with the statements in John, in chapter 10 of his gospel where we see that the Judaeans opposing Christ were not of His sheep, and in chapter 8 of his gospel where we see that those opposed to Christ were of their “father, the devil”, who was a “murderer from the beginning”, and only Cain could be called a “murderer from the beginning”. With certainty, Cain was a devil for the same reason that the Edomite Judas Iscariot was a devil, because he too was of bastard seed. All of this also agrees with the first epistle of John, where it insists that Christians love one another, contrasting Cain where it says “12 Not as Kain who was from of the Wicked One and slaughtered his brother; and with delight he slaughtered him, because his deeds were evil, but those of his brother righteous.” Now there is no evidence that Cain was ever a student of the serpent, but there is plenty of evidence that Cain was the offspring of a serpent! The mystery of iniquity is genetic, and opposed to that is the first law of Yahweh our God, which is that of kind after kind.

I was sitting in an apartment overlooking Panama City Beach, and watching tropical storm Debby roll in to ruin the first weekend I had ever spent on the Gulf Coast. So it was then that I got an email which has set off a much larger storm, a storm which few people in the wider world even seem to care about. I had a message from Mike Delaney of Prothink.org telling me that his internet service provider, GoDaddy.com, had given him a ten-day notice of termination. There were undisclosed complaints from unnamed parties concerning the violation of unspecified provisions of the Terms of 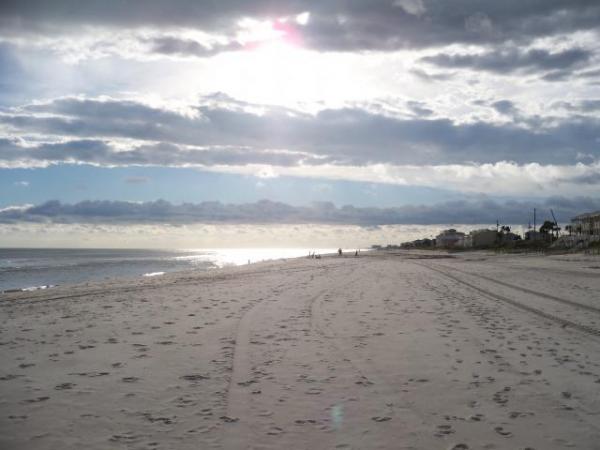 Service agreement which GoDaddy.com posts in the small-print links on the bottom of its website. GoDaddy.com professed to agree with the undisclosed complaints, and therefore Prothink had to go. Volunteering to help Mike move all of his websites, the work would have kept me off the beach even without Debby's appearance.

1 And it came to pass, while He was in a certain place praying, as He had stopped, one of His students said to Him: “Prince, teach us to pray, just as Iohannes had also taught his students.” 2 So He said to them “When you pray, you say: ‘Father, Your Name must be sanctified. Your kingdom must come. 3 Give to us each day our daily bread. 4 And forgive us our errors, for we also forgive all those indebted to us. And do not bring us into trial’.”

The word ἐπιούσιος (1967) is defined by the 9th edition of the Liddell & Scott Greek-English Lexicon “either, sufficient for the coming (and so current) day... or, for the day” and aside from Matt. 6:11 and here, only very obscure references are given for the word, and they also explain that it was a “very rare word in Origen’s day”. The word surely seems to mean upon being and may have been written necessary, and so here as it is in the King James Version, it is simply daily.

The Codices Alexandrinus (A), Ephraemi Syri (C), Bezae (D), Washingtonensis (W), 070, and the Majority Text, and therefore the King James Version, all insert at the end of this verse: “...but deliver us from the evil one.” The text of the Christogenea New Testament, which does not include the clause, follows the third century papyrus P75, and the Codices Sinaiticus (א) and Vaticanus (B). The clause does appear in all of the early manuscripts of Matthew's version of the prayer, in Matthew 6:9-13.

See the article The Doctrine of Fascism Benito Mussolini (1932) at the Christogenea Mein Kampf Project for the source material for this three-part series of programs.

This is the continuance of our presentation of the Gospel of Luke, which has been interrupted since we discussed chapter 9 on July 20th. In the closing of Luke chapter 9 we saw the account of the Transfiguration on the Mount, where Christ was said to have appeared and conferred with two men. Those two men were fully esteemed by the apostles who witnessed it to have been Moses and Elijah. Christians must know, that if Yahweh our God and our Creator does not transcend the physical world, and that if He has has no efficacy to act within His creation, and if there is not more to that creation than what we commonly perceive, including our own beings, then indeed we have no hope in the world and it is inevitable that evil shall prevail – for we as a race and as a society are currently headed straight for the pits of hell. In truth, there is more to the Creation than what we perceive, and there is more to our being than this short life of flesh. In the end, the Creator God shall not be mocked by the bastardization of His creation. Those of our Adamic race who love Him shall indeed overcome the world.

Following the Transfiguration, there is something that was not commented upon sufficiently when Luke chapter 9 was presented here several weeks ago. In verse 51 we see that Christ was resolved to go into Jerusalem, where it says “And it came to pass, with the fulfillment of the days of His being taken up, that He had set firm His countenance for which to go into Jerusalem.” We see immediately thereafter, that Christ having sent the apostles out into the various towns and villages along His route in order to announce His coming, that the people of the various villages of Samaria “did not receive Him, because His countenance was for going to Jerusalem.” This is not a testimony against the people of those villages. Rather, it is a testimony of the power of God in daily life. His purpose is fulfilled in the world regardless of the actions, intentions, or emotions of man.

Ted Pike scoffs at Identity Christians, and does not believe that Christian Identity is true. He ignored my offer of a discussion, and now I have a few things for him. - William Finck