The Call of Abraham, The Scriptural definition of "all the families" and "the nations".

As we saw last week in Acts chapter 23, after a plot against Paul's life was revealed to the Roman military tribune, Paul is sent under arms and cloak of night to the residence of the Roman procurator in Caesareia. Upon his arrival there the procurator accepted Paul as his prisoner, when he declared that he would hear his case. This is in spite of the fact that Paul had not violated any Roman laws, but as the Roman commander had written to the governor, he found the Judaeans “accusing him concerning inquires of their law, and having not one accusation worthy of death or of bonds.”

XXIV 1 And after five [A has “some”] days the high priest Hananias came down with some [the MT wants “some”] of the elders and a certain orator Tertullos, who appeared to the governor against Paul. 2 And upon his [B wants “his”] being called, Tertullos began to accuse him, saying: “Having obtained much peace on account of you, and reforms coming to this nation by your foresight, 3 in every way and in every place we approve, noble Phelix, with all gratitude.

Rather than reforms the Majority Text has accomplishments; or worthy deeds in the King James Version. The text of the Christogenea New Testament is in agreement with the Codices Sinaiticus (א), Alexandrinus (A), Vaticanus (B) and Laudianus (E).

Phelix, or Felix, is mentioned frequently by Josephus (i.e. Antiquities 20:137-196 [20:7-8], Wars 2:247-271), and he is also mentioned by the Roman historian Tacitus (Annals of Imperial Rome, 12:53). He was the Roman procurator of Judaea from 52 until 59 AD, so the date here may be determined from Acts 24:27 to be about 57 A.D. As we explained briefly in our Acts chapter 23 presentation, Phelix, or by his full Latin name Marcus Antonius Felix, held this office until he was recalled to Rome before the end of his last term over a dispute between the Judaeans and the Syrians of Caesareia, whom Josephus also sometimes calls Greeks, in which Felix was accused of certain injustices.

The Roman historian Tacitus discusses the brother of this Felix, whose name was Marcus Antonius Pallas. Tacitus records certain proposals in the Roman Senate in the time of Claudius Caesar, which were made circa 52 AD, and attributes to Publius Scipio the remark that Pallas “should be given the nation's thanks because, though descended from Arcadian kings, he preferred the national interests to his antique lineage, and let himself be regarded as one of the emperor's servants” (Annals, 12:53) . So we see that Felix was indeed of noble lineage, however he was evidently not a very noble man. 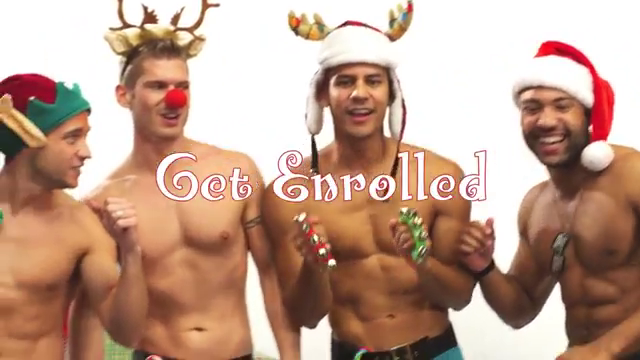 The Marxist Obama Administration finds yet another way to defecate all over naive White Christians. "Get enrolled" and pitch in to pay for the life-long cost of the HIV medications and other drugs that these sodomizers are going to need as a result of their disgusting habits, if perhaps they aren't prescribed already. We couldn't dream this disgusting filth up, but the Jews and other miscreants in the White House are surely laughing at White America now. 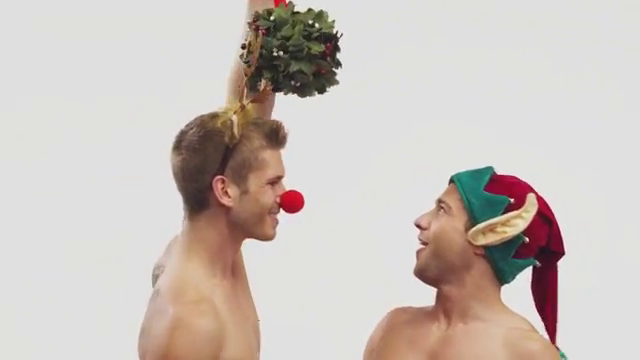 See out2enroll.org for the website which is promoting this filth.

We are purposely not displaying the video, but have it available for download below just in case its producers decide to take it down.

In our presentation of Acts chapter 21, we illustrated just how politically volatile the Judaean population was at this time, which is 57 AD, and how prone they were to riot, especially in defense of their religious exclusivity. The Judaeans had been pressured by the Romans on several occasions over the decades from Tiberius to Nero, to add elements of Roman paganism and emperor-worship to their temple and religious life, and they had thus far avoided doing so, either by political means or by civil disobedience and threats of insurrection. From the pages of Josephus, we saw how not long before this very time of Paul's arrest in Jerusalem, ten thousand Judaeans were killed on a feast day in a tumult which was sparked by a single act of profanity on the part of one Roman soldier, an act which was seen by the masses as an insult to their nation and their religion. It is illustrative of the tensions which existed between the Judaeans and the Romans. Flavius Josephus later saw this as the signal event building up to the revolt against Rome and the beginning of the end for Jerusalem. Little did he know that it was long ago prophesied in the Hebrew scriptures that such a thing would happen, but for a different reason: it was truly the result of the rejection and crucifixion of the Messiah of Israel. Yahweh God is indeed the author of history, although He uses means by which to accomplish His will that are not often perceived by men.

This article is from the open forum podcast Who are the Peacemakers? Christogenea Forum Call 05-30-11

One often-quoted verse from the Sermon on the Mount stands out among those several Bible passages which are frequently abused by universalists. From the Gospel of Matthew, chapter 5, from the King James Version: “9 Blessed are the peacemakers: for they shall be called the children of God.”

The pundits of the Judaized denominational sects often cite this passage while concluding that Christians should therefore be at peace with all of the peoples of the world, regardless of nation, sexual orientation, race, religion or creed. Sadly, certain Identity Christians would follow them. But what is a peacemaker? Is an appeaser or a placator of aliens, idolators and sinners really a peacemaker? Is a peacemaker one who “builds bridges”, so to speak, with peoples who are outside of the covenants of God? Is that really what Christ referred to when He gave us these words?Examining the Word of God from the Old Testament, we are given a starkly different picture of what a peacemaker actually is. With all certainty, peacemakers in the Biblical sense are not the world's compromisers, and neither are such peacemakers found to be placators or appeasers. Rather, they are those who would uphold the Word of God, as the author of the Proverbs said: “He that winks with his eyes deceitfully, procures griefs for men; but he that reproves boldly is a peacemaker” (Proverbs 10:10, from the Septuagint).

William Finck marks 5 years of internet radio with a weekend of open-lines programs. The program began with a reading of the November Saxon Messenger editorial, Who are the Peacemakers?  Once again. we thank all of our friends and the several guests who called in.

William Finck marks 5 years of internet radio with a weekend of open-lines programs.We thank Sword Brethren, Matthew Ott and Pastor Mark Downey for participating this evening, along with the several guests who called in.

There was an interruption due to a technical problem with Talkshoe and one minute was cut from the tape at 137:01. I never did answer the question which Sword Brethren posed, asking if Nimrod had opposed himself to God by the establishment of his empire. I would answer in the affirmative.

Christogenea resources cited for this program:

The Race of Genesis 10

With Acts chapter 21, we left Paul in Jerusalem after having seen the apostle James, and undergoing a purification ritual in the Temple. Spotted in the Temple by certain Judaeans who knew Paul from his ministry in Asia, upon their having accused him of defiling the Temple Paul was arrested in the ensuing commotion. Given the violent climate in Judaea at the time, as we exhibited in the last segment of this presentation from the pages of Josephus, Paul's arrest more than likely saved his life. Here, upon his arrest, Paul is about to be brought into the Roman military encampment, under the custody of the commander, who is a chiliarch - a sort of lieutenant commander of a legion whom the Romans called a military tribune, as we would transliterate the title into English. We will begin with the last paragraph of Acts chapter 21, which we reserved for this presentation since it better fits the context of Acts 22.

“God stands in the congregation of the mighty; he judges among the gods. How long will ye judge unjustly, and accept the persons of the wicked? Defend the poor and fatherless: do justice to the afflicted and needy. Deliver the poor and needy: rid them out of the hand of the wicked. They know not, neither will they understand; they walk on in darkness: all the foundations of the earth are out of course. I have said, Ye are gods; and all of you are children of the most High. But ye shall die like men, and fall like one of the princes. Arise, O God, judge the earth: for thou shalt inherit all nations.” - Psalm 82

A thorough study of both scripture and classical history shall lead to the conclusion that the White nations of what was formerly called Christendom have indeed descended from the ancient children of Israel, who were the only branch of the White race accepted by Yahweh God as His children. Since that time, all of the other White nations have been overrun and destroyed by aliens, whether they be red, yellow, brown or black. Now in modern times, the nations of Christendom, the remnant of the White race residing in Europe and her colonies, are also being overrun by aliens.