Over the past few weeks while discussing Matthew chapters 5, 6 and 7 we continued to see many of the clear connections between the Old Testament and the New, that they truly are but one book containing the same teachings, for the same children of Israel. We especially saw that Yahshua Christ in His Sermon on the Mount was teaching many of those same precepts found in the ancient Hebrew literature, for the most part in the Psalms and in the Wisdom of Sirach. Yet this does not lessen the importance of the mission of Christ one iota. Rather, it magnifies it all the more, once one understands that this is the same God, talking to the same people that He had once spoken to through the Old Testament prophets and the Law of Moses. We saw that the Sermon on the Mount was meant for Israelites only. The word neighbor in in the phrase in Leviticus 19:18 which says love thy neighbor in Hebrew is ultimately derived from a verb which means to graze together, and therefore can only refer to the sheep. The Greek word for neighbor does not mean to refer to geographical proximity, for there are other more specific words for that. Rather it simply denotes one who is near to a person. With all of the other injunctions found in the law, it too can only refer to one of the sheep, and not to a wolf who has moved in nearby. This meaning is magnified where Yahshua tells His followers not to share their pearls or that which is holy with dogs and swine. That this entire message is therefore exclusive – in the racial sense, there should be no doubt.

These pages discuss our recent visit to the University of Pennsylvania Museum of Archaeology and Anthropology - which thankfully calls itself the Penn Museum for short.

This section is still under construction, so please be patient with our appearance and the incomplete content! This construction notice will disappear when we are finished with our commentary.

First I would like to briefly discuss the manuscripts upon which translations of Matthew are based. In my notes, I have only 8 handwritten pages for the first 7 chapters of Matthew, which deal with variations in the Greek among the different ancient manuscripts. Nearly all of these are absolutely immaterial when it comes to articles of our Christian faith, and the rest are quite trivial. None of them have really been worth mentioning so far in these presentations, so far as I am concerned.

Last week discussing Matthew Chapter 5 we saw clear connections between Christ's word in the New Testament, and the promises to Israel recorded by Isaiah in the Old Testament. Christ had come for those who sit in darkness, for the prisoners, for the captives, for those very people of the children of Israel divorced from their God centuries beforehand, in the very days of Isaiah! So it is evident that an honest study of scripture reveals precisely what Jeremiah prophesied to be: that the New Covenant was made by God with those very same people with whom He made the Old Covenant: the literal, physical, children of Israel. 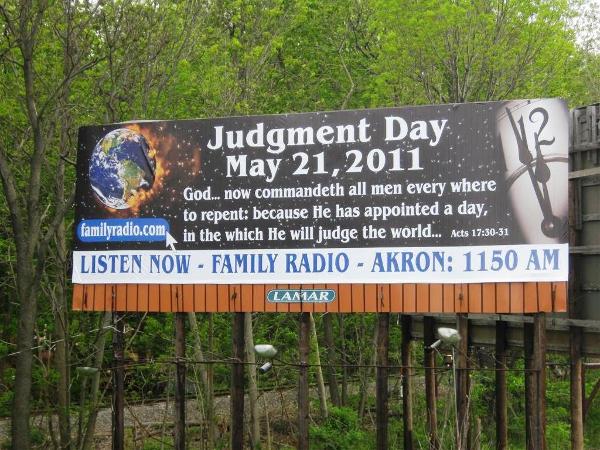 Hal Lindsey, Eli James [Mr. 2012], and now Harold Camping. They all think they're prophets, and they are all fools. Fools unless it is true that their purpose is actually to discredit Christianity. They all have their own personal end-of-the-world dates set in the name of Christianity, but none of these men actually speak for Christ Himself!

Jesus Christ said "no man knows the day", yet men like Lindsay, James and Camping all tell Christ that He is wrong - since they all make claims contrary to the words of Christ.

For in a world which would be composed of mongrels and negroids all ideals of human beauty and nobility and all hopes of an idealized future for our humanity would be lost forever.
On this planet of ours human culture and civilization are indissolubly bound up with the presence of the Aryan. If he should be exterminated or subjugated, then the dark shroud of a new barbarian era would enfold the earth.-Adolf Hitler, Mein Kampf, p. 216

This is one very good caricature of the truth behind all modern history. The jewish triumphs over Christendom hide behind the propaganda portraying all European revolutions, including the English, French and Bolsehvik. Whether posing as capitalists or as commissars, the result is always the same: talmudic judaism, the belief that all the world's property should belong to the jew - just as the talmud plainly states.

When Christians learn to accept the words of Christ, and reject Judaism as Christ did, only then can the White nations of Europe begin to be healed. Thank you, Røde!

Last week discussing Matthew Chapter 4 we saw that the devil who tempted Christ in the desert certainly need not have been some spiritual demon, as it is usually perceived, but may very well have been a real and living person, one of the descendants of the seed of the serpent who, as Scripture shows in many places, are actually devils.

We also saw, in a rather long and winding discourse, that the prophecy concerning “Galilee of the Gentiles” actually refers to the “region of the Nations” of the long-dispersed Israelites, for they are the people sitting in darkness. In order to substantiate this claim, I would like to read from Isaiah chapter 49. The jews do everything they can to belittle these last 25 chapters of the Book of Isaiah, even claiming that some other Isaiah besides the ancient prophet had written them. However Christ quotes from them all the time, and attributes them to “Isaiah the Prophet”. The jews despise these chapters, because they are all written to the real children of Israel of the early dispersions, none of whom were ever known as “jews”. These chapters also help prove that the children of Israel of the Assyrian dispersions are indeed the Germanic peoples of modern history. Isaiah 49 contains many similar statements that we shall see also here in the Sermon on the Mount recorded in Matthew chapter 5. 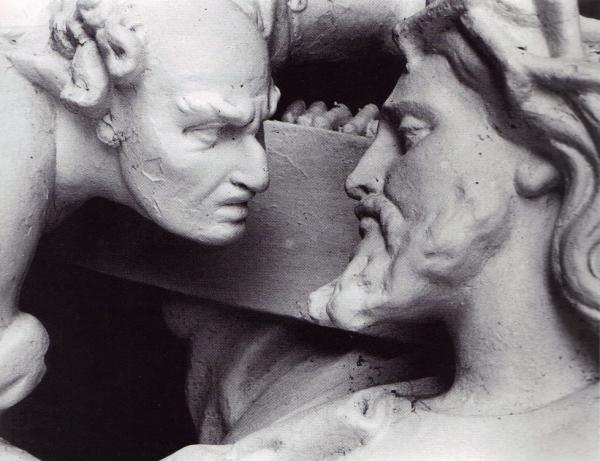 KJV Job 1:1 There was a man in the land of Uz, whose name was Job; and that man was perfect and upright, and one that feared God, and eschewed evil. 2 And there were born unto him seven sons and three daughters. 3 His substance also was seven thousand sheep, and three thousand camels, and five hundred yoke of oxen, and five hundred she asses, and a very great household; so that this man was the greatest of all the men of the east. 4 And his sons went and feasted in their houses, every one his day; and sent and called for their three sisters to eat and to drink with them. 5 And it was so, when the days of their feasting were gone about, that Job sent and sanctified them, and rose up early in the morning, and offered burnt offerings according to the number of them all: for Job said, It may be that my sons have sinned, and cursed God in their hearts. Thus did Job continually. 6 Now there was a day when the sons of God came to present themselves before the LORD, and Satan came also among them. 7 And the LORD said unto Satan, Whence comest thou? Then Satan answered the LORD, and said, From going to and fro in the earth [land], and from walking up and down in it. 8 And the LORD said unto Satan, Hast thou considered my servant Job, that there is none like him in the earth, a perfect and an upright man, one that feareth God, and escheweth evil? 9 Then Satan answered the LORD, and said, Doth Job fear God for nought? 10 Hast not thou made an hedge about him, and about his house, and about all that he hath on every side? thou hast blessed the work of his hands, and his substance is increased in the land. 11 But put forth thine hand now, and touch all that he hath, and he will curse thee to thy face. 12 And the LORD said unto Satan, Behold, all that he hath is in thy power; only upon himself put not forth thine hand. So Satan went forth from the presence of the LORD. The United States' Federal Government has just (May 2nd, 2011) destroyed 130,000 acres of fine, productive, cultivated farmland at Bird's Point, Missouri, by blowing up two miles of levees which were part of a huge system of levees and dams built in the 1930's to  protect the area from floods.

The State of Missouri tried to stop the Army Corps of Engineers from blowing the levees, all the way to the U.S. Supreme Court, however they were denied. This power of the Federal Government over the states is a huge infringement of the 10th Amendment, however the states have long lost any legitimate claim to that protection by sucking the tit of the federal pig for the past 100 years or better now. People should expect nothing from government, and the government would have no right - or ability - to lord over them in the first place.

Adulterers! Do you not know that the love of Society is hatred for Yahweh? He therefore who would desire to be a friend of Society establishes himself as an enemy of Yahweh!