This program was based upon the article What Does America Really Want? by Dr. Joseph Goebbels, which can be found with a short introduction and a translation of the text at the German Propaganda Archive at Calvin University. 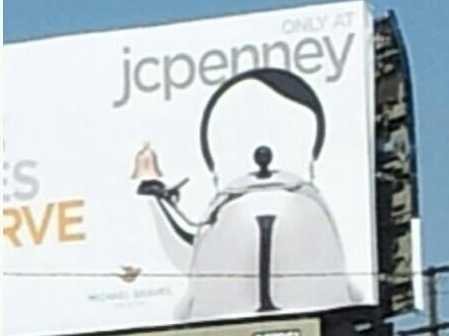 Now the thought police are whining that an item as innocuous as a teapot invokes images of history's second-most-hated man (the first, of course, being Jesus Christ). The jews never let it die. Every time they can capitalize on their so-called shoah - the single biggest hoax in history - they do so. Here it is in advertising. And now JC Penney, a jewish company, is the target of their vitriol. Read the original article at Business Insider:

Based on a paper by Clifton Emahiser, A King James Version Bible With A Good Center Reference Teaches And Proves Two Seedline

This program is an elaboration on the April 2013 Saxon Messenger editorial,The Wicked Black Gentry by William Finck

This is our fifth installment on the Book of Acts, and we are not quite through Chapter 2. To this point in this chapter of Acts, we have seen that the outpouring of the Spirit which occurred at this first Pentecost was in fulfillment of the prophecy found in Joel chapter 2, which Peter quotes. However it was also the beginning of a fulfillment of a prophecy found in Isaiah chapter 44, where Yahweh says to the dispersed children of Israel “3 For I will pour water upon him that is thirsty, and floods upon the dry ground: I will pour my spirit upon thy seed, and my blessing upon thine offspring: 4 And they shall spring up as among the grass, as willows by the water courses.” Furthermore, it was the beginning of the fulfillment of the prophecy found in Ezekiel chapter 37, where it says in part “9 Then said he unto me, Prophesy unto the wind, prophesy, son of man, and say to the wind, Thus saith the Lord GOD; Come from the four winds, O breath, and breathe upon these slain, that they may live.” The children of Israel are the “slain”, because they were under the penalty of death in the law when Yahweh cast them off from His presence. Of course, all these things were only promised to the children of Israel, and cannot be applied outside of that context with any justice. We have also seen that this deposit of the Spirit at the first Pentecost and thereafter was only a beginning, a deposit, as Paul called it, and the early rain which James referred to. Now we await the fulfillment, the redemption of our bodies, the latter rain that brings the fruit to its perfection.

In the last segment of our presentation on the Book of Acts, we left off our discussion with Peter's quote from Joel chapter 2, and how we believe that James and Paul saw that prophecy of Pentecost in relation to the history of the ekklesia of God: that the endowment of the Spirit in the apostolic age was merely a deposit of that which all Christians should now expect: a greater outpouring of the Spirit of Yahweh culminating in the restoration of our race to the glorified state of our first parents which was also evident at the Transfiguration on the Mount as attested to in the Gospels. James referred to these two outpourings of the Spirit with his mention of the early and the latter rain. Paul tells us what to expect in 1 Corinthians chapter 15 where he says: “51 Behold I tell you a mystery, we shall not all fall asleep, but we shall all be changed. 52 In an instant, in a dart of an eye, with the last trumpet; for it shall sound and the dead shall be raised incorruptible, and we shall be changed. 53 This decay wants to be clothed in incorruptibility, and this mortal to be clothed in immortality. 54 And when this decay shall have put on incorruptibility, and this mortal shall have put on immortality, then the word that has been written shall come to pass: 'Death has been swallowed in victory.' 55 'Death, where is your victory? Death, where is your sting?' 56 Now the sting of death is guilt, and the power of guilt is the law; 57 but gratitude is to Yahweh, in whom we [the children of Israel] are being given the victory through our Prince, Yahshua Christ.” Here in the next part of his discourse, we continue Peter's appeal to the multitude at Judaea, to consider all of the things which had recently transpired there in connection with Yahshua Christ.

The Jews were sinking their claws into America even before the nation was born.

Most of the early White colonists of North America came to settle here, at least initially, in order to escape various oppressive conditions in Europe. For instance, there are the famous accounts of the Plymouth colonists seeking religious freedom. The entire colony of Pennsylvania also, which originally included New Jersey and Delaware, was intended to be a Christian nation safe from the religious oppression of Europe. But it was not only freedom from religious tyranny which the early settlers sought. There is a book which tells, citing original documentation, of the resettlement of Germans who were never able to recover economically from the Thirty Years' War, and therefore Queen Anne gave them a grant of a large portion of Upstate New York, which they began to settle in 1708. (MacWethy) The original records describe these settlers as having led simple lives at agriculture or one of the trades, and few of them are found to be otherwise. Then, in contrast, there were the Jews.

The first Jews in America were not in pursuit of religious freedom, or religion at all. These were Sephardic Jews from the Caribbean and South America, whose ancestors had fled from the Inquisition on the ships of the Conquistadors. Other Sephardic Jews, whose ancestors had left Spain and Portugal for Holland, had come to New Amsterdam with the Dutch. These Jews, who maintained commercial connections with their kindred in Europe and Africa and established themselves in the Caribbean and South America, were already heavily involved in the slave trade and trafficking of merchandise in the New World long before the English established a formidable presence here. These circumstances gave Jews a huge advantage in the newly-forming English colonies, where most Christians still rejected usury, worked with their hands and traded with barter. Examples of Jews engaged in these things are numerous, and here we shall mention some of those which are notable.

There is something which I forestalled discussing in the opening segments of this series, and that is an exposition of the ancient manuscripts which attest to the antiquity and the content of the Book of Acts. For the translations found in the Christogenea New Testament, only manuscripts which are dated to the 6th century and earlier were even considered in the reading. Of these, there are eleven ancient papyri, and 6 of these (those listed below in bold type) are dated by archaeologists to the 3rd century AD. [The manuscript numbers employed here are those of the Gregory-Aland system employed in the Nestle-Aland Novum Testamentum Graece.]

Many of the papyri represent only fragments containing portions of the text of Acts. While the uncials were produced with more durable material, many of them are also incomplete or even represent mere fragments. For examples among the papyri, P8 contains all or part of about 28 verses from Acts chapters 4, 5 and 6. P29 contains parts of 3 verses from Acts chapter 26. P45, which dates to the 3rd century, contains larger portions of 13 different chapters of Acts, from chapters 4 through 17, as well as large portions of each of the Gospels. P45 is part of a collection of manuscripts called the Chester Beatty Papyri. A companion manuscript, P46, contains large portions of nine of Paul's epistles, and it is esteemed to date to about 200 AD.