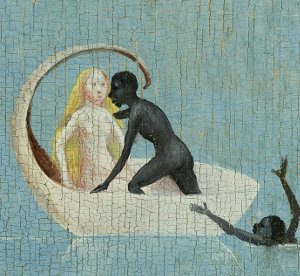 Any Christian who does not understand the historically and Biblically verifiable truths of Jewish identity has no choice but to embrace multi-racialism and universalism, which is indeed the wide path to destruction. 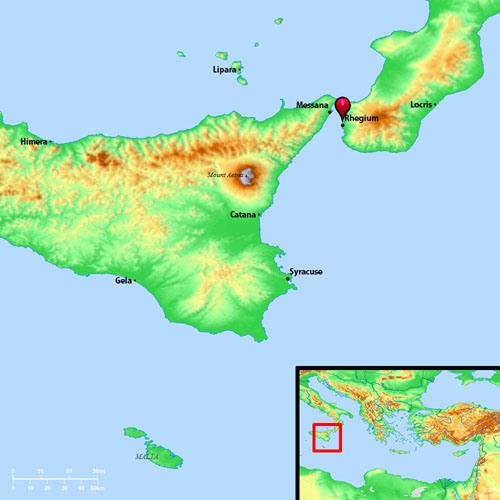 The end of Acts chapter 27 left us at the end of a shipwreck, as after several weeks of struggling through apparently early Winter storms, the ship carrying Paul, Luke and Aristarchus is finally run aground on an island. The nature of the wreck indicates to us the size of the ship, as evidently it could not get very close to the shore since the men had to make a swim for it, and they were not certain whether they could all make it safely. One manuscript, the Codex Vaticanus, tells us that 76 people were on board, and the Codex Alexandrinus tells us 275, however the preponderance of the manuscripts tell us that there were 276 men on board the ship. Some of these were crewmen, and some were soldiers in the company of the centurion, Julius.

There were, ostensibly, more prisoners on board than the three which Luke names, which are himself, perhaps, and also Aristarchus and Paul. We can imagine the possibility that Luke was a prisoner, as some of his language indicates, since he never tells us explicitly that he is. While in his second epistle to Timothy Paul seems to infer that Luke's presence with him was voluntary, that is not necessarily the case. Although Rome certainly seems to have been much more liberal in its attitude concerning public contact with prisoners than the modern tyrannies are, it seems that Luke would never have been able to have been Paul's constant companion throughout this ordeal if he were not also a prisoner.

In Acts chapter 26, Paul was afforded the opportunity to address a rather large crowd, at what Luke depicted as a rather festive gathering, concerning his Christian profession. As we discussed at length while presenting that chapter, Paul did not necessarily speak for the benefit of Herod Agrippa, who was an Edomite and certainly not a candidate for the Christian profession. Rather, Paul addressed Herod as a matter of protocol, and used the occasion in order to witness to the many hundreds of others who must have been present. We pointed out that Paul himself explained his philosophy in these matters in the first chapter of his epistle to the Philippians, where he attested “... that those things concerning me have gone still more to the advancement of the good message, so that my bonds in Christ have become manifest to the whole Praetorium and to all the rest; and most of the brethren among the number of the Prince, trusting in my bonds, venture more exceedingly to speak the word of Yahweh fearlessly. Some indeed even because of envy and strife, but some also by approval are proclaiming the Christ. Surely these out of love, knowing that I am set for a defense of the good message, but those out of contention are declaring the Christ not purely, supposing to stir up tribulation in my bonds. What then? That in every way, whether in pretext or in truth, Christ is declared, and in this I rejoice. And surely I will rejoice.”

Luke's record of Paul's defense of the faith in Acts chapter 26 most likely did not represent everything that Paul had said that day. Rather, it is evident that each time such an episode is related in Scripture, only particular points are recalled by the writer. We see this style throughout the Gospels, where Christ had spoken and where His words were recorded by more than one apostle, often one apostle recorded His words somewhat differently than the others, while all are clearly recalling the same account. One may have more or different details than the other, and having two or three accounts and compounding them we may see a fuller picture of what Christ had done or said. In the same manner, a fuller account of Paul's actions prior to his conversion, and the road to Damascus event itself, is brought to light once all three of the descriptions of those things which are found in Acts are compounded. Yet while we have only this one account of Paul's final address in Judaea, we do have a comprehensive witness of his Christian profession to the Judaeans, meaning of course, the Israelites of Judaea, and we have it in the epistle to the Hebrews. Here it may be appropriate to discuss that epistle.

Greg Howard tries to get it right, but Eli later twists what he says. Eli James also gives credit to William Finck for creating a video that someone else had made.

Interviewed by Sword Brethren on January 30th, 2011 Eli James attempts to assert that someone who is 85% white can be White, and he gets offended when Sword Brethren corrects him. Was Eli playing dumb? Or dishonest?

On February 28th, 2016 Eli James appeared on a Talkshoe program called In The Name Of Yahweh - Part 8 with Andrew Carrington Hitchcock. While he did a little better defining a mongrel and reading

"I got in trouble for making that mistake ..." and then "I got crucified because I accidentally said 'A white person who is only ninety ninety-five percent white'; 'oh, okay, yeah Eli says [...] you're a hundred percent white if your only 95' [...] I just made a a a mistake in anunciation [...] I never said that ninety-five percent equals 100 percent".

So Eli argues with Brian about what is White, was clearly vexed when Brian refuted him persistently, and now 5 years later he not only lies about the point of the argument, but he even changed his original 85% figure to 95%, so that he could perhaps look less guilty regarding his original claim. Eli James is still both dumb and dishonest.

Follow the conversation regarding these lies at the Christogenea Forum.

Will mongrels, blacks and mongoloids be judged by their works? Eli also abuses Isaiah chapter 13 by reading verses 13 and 14 but NOT reading verses 15 sand 16!!! Why didn't Eli keep reading???

Discussing Acts chapter 25, we saw that upon the assumption to the office of procurator in Judaea by Porcius Festus, he reviewed the case of Paul of Tarsus whom Felix had left bound. Festus then admitted that Paul had done nothing worthy of death or bonds, but would not release him since he did not want to show the Judaeans any disfavor. Paul was therefore compelled to appeal to Caesar, since Festus only offered him a trial in Jerusalem which Paul, being a Roman citizen, could not be compelled to accept. Ostensibly, Paul was destined to go to Rome, as we had been informed by the account in Acts. But if Paul had submitted to the Judaeans then by no means would he have escaped with his life, since the Judaeans were desiring to kill him unlawfully if they could not have their way with him otherwise.

When Herod Agrippa II arrived in Caesareia, evidently to see the new procurator, Festus told Agrippa of Paul, and Agrippa is portrayed as having exclaimed that he had been wanting to hear Paul speak. Certainly, accounts of the episodes related to Paul's arrest and of his defenses before the Hebrews and before Felix must have been heard by Agrippa in Jerusalem. With Agrippa wanting to hear Paul, and with Festus being in need of an account of the charges against Paul so that he could write to Nero explaining why Paul had been sent to him, Paul is therefore given an opportunity to address not only Agrippa, but “the commanders and eminent men of the city”. Since Caesareia was a large city there must have been a considerable crowd present in addition to those whom Luke mentioned specifically. Further evidence of this is seen in Acts 25:23, where Luke says that Agrippa, who being the king of a neighboring country is actually a visiting dignitary, along with his sister (or perhaps his sister-wife) Bernika, had entered into the auditorium “with much fanfare”, as Luke described the event.

The sacrifice of Isaac, why Yahweh commanded it of Abraham. The story of Jacob and Esau, part 1.

In Acts chapter 24 we saw that Paul was imprisoned in Caesareia for two years following his arrest in Jerusalem. The Roman procurator, Felix, was a man of noble Greek birth who was married to a Jewess not even half of his age, and he was a very corrupt man according to three historical witnesses: the Roman historian Tacitus, the Judaean historian Josephus, and Luke himself here in the Book of Acts. Felix's corrupt ways eventually cost him his long-held post as the procurator of Judaea, where he was succeeded by Porcius Festus. This Festus was procurator until 62 AD, when he died in office.