This recording was replaced with a much clearer recording at 10:15 AM EST on September 1st. We apologize for any inconvenience caused by the poor quality of the original recording.

Welcome to the first episode of Christogenea Europe with myself and Sven Longshanks. I apologize for not advertising this program aggressively enough in advance, however I am certain that anyone interested will catch up with us. I am hoping that this program, which for the present time is planned for twice a month but may expand that schedule, becomes a place where Europeans especially can come and inquire about Christian Identity, but of course White men and women from other places on the globe are just as welcome.

For this first program, we hope to talk about paganism and Christianity in Europe today. Therefore I am going to start with some comments from the most prominent nationalist in recent history, Adolf Hitler. Doing that, I may succeed in alienating both pagans and perhaps certain Christians. 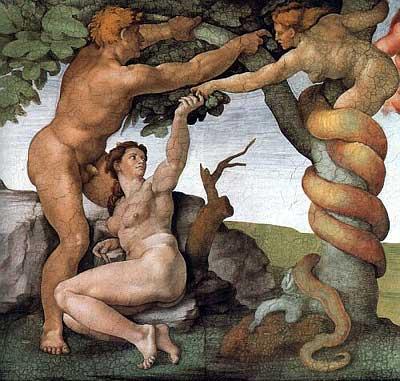 This program is a discussion based upon Appendix B of the Christogenea New Testament, The Devil and Satan. The program was meant to be a recapitulation of some of the basic proofs of Two-Seedline theology expressed in the Pragmatic Genesis series, as well as a discussion of some of the false claims of our detractors and some of the differences which we have with the older Two-Seedline teachers such as Wesley Swift and Bertrand Comparet, and the reasons for those differences.

In Romans chapter 12 Paul explains, to a great degree, how Christians should treat one another. Of course, when we read these passages from Paul's letters, we must remember that he is only talking about the members of the body, “those who are Israel”, which has nothing to do with aliens. From Romans chapter 12: “4 Just as in one body we have many members, but the members all do not have the same function; 5 in this manner we are many in one body with Christ, and each one members of one another. 6 But having varying gifts according to the favor which is given to us: whether interpretation of prophecy according to the proportion of faith; 7 or service in the ministry; or he that is teaching, in education; 8 or he that encourages, in encouragement; he that is sharing, with simplicity; he that is leading, with diligence; he showing mercy, with cheerfulness. 9 Love without acting; abhorring wickedness, cleaving to goodness: 10 brotherly love affectioned towards one another; in honor preferring one another 11 with diligence, not hesitating; fervent in Spirit, serving the Prince. 12 Rejoicing in expectation; persevering in afflictions; firmly persisting in prayer; 13 sharing in the needs of the saints; pursuing hospitality. 14 Speak well to those who persecute you; speak well and do not curse. 15 Rejoice with those who are rejoicing; lament with those who are lamenting; 16 being of the same mind towards one another, not thinking of lofty things, but accommodating oneself to those that are humble: do not be wise on account of yourselves; 17 to no one returning evil in place of evil: having noble intentions in the presence of all men; 18 if possible from yourselves, being at peace with all men; 19 not taking vengeance yourselves, beloved, rather you must give place to wrath; for it is written, 'vengeance is Mine! I will requite, says Yahweh.' 20 Now, 'if your enemy were to hunger, feed him with scraps; if he thirsts, give him drink; for doing this, you will heap coals of fire upon his head.' 21 You must not be overcome by evil, rather overcome evil with that which is good.”

In the opening chapters of the Revelation of Yahshua Christ there are messages to seven Christian assemblies. Most of the messages contain certain criticisms, and they all contain some encouragement. Yet there is an important message in the very names of those assemblies which most readers have not grasped. We will not go through all seven of these messages, but we will state that two of the assemblies were not criticized. These are the assemblies of Smyrna and Philadelphia...

For much of Romans chapter 12, Paul of Tarsus explained how Christians should treat one another, also exhorting his Roman Christian readers to prefer one another with diligence, meaning to discriminate in favor of one another at the expense of all others, and informing them that it is honorable to do so. Beginning that discussion, Paul made two important admonitions: that Christians not conform themselves to this world, and that Christians not think proudly, instead maintaining themselves as mere members in the much larger body of Christ, doing what they can for that body and its other members. At the same time, towards the end of chapter 12, Christians were also exhorted to leave vengeance and judgment in the hands of Yahweh their God.

Here in Romans chapter 13, we see Paul explain how Yahweh executes His vengeance and His judgment: that He uses worldly powers and authorities which He appoints in order to do so. Many pastors, even within Christian Israel Identity, have struggled with Romans 13, and many noble attempts have been made to explain it. However they usually fail because once again, they neglect to consider the full Biblical context of Paul's words. This chapter cannot be properly understood in isolation.

Often in such considerations, it is imagined that Romans chapter 13 is talking of only governments which are godly. What is missed is this: there has never in the history of man been a truly and completely godly government, and even the government of David had its faults, and even if it was close to being godly, that did not last very long beyond David's death. While there were attempts in early America and recent Germany to create what good Christian men perceived as godly governments which were based upon Christian principles, these also have failed and the real lesson which Christians must learn through all of this is that only Yahweh God can be their King, through Christ.

The text of Luther's treatise is found here: Luther: On the Jews and Their Lies. This presentation is from Part VI.

In the last segment of our presentation of Paul's epistle to the Romans, we discussed Romans chapter 11 and the broken and grafted branches of Paul's famous analogy depicting wild and cultivated olive trees. We asserted that the Romans, being wild olives, must have therefore been Israelites who, as a society, grew up and developed without the law and the prophets. Yet there are many who would assert that simply anyone who believes in Jesus is somehow grafted onto the olive tree. There is nothing more important to proper Biblical interpretation than context. Yet again, there is nothing more divisive when properly interpreting Scripture than context. Christ came not to bring peace, but a sword, and Paul said in Hebrews chapter 4 “12 For the word of God is quick, and powerful, and sharper than any twoedged sword, piercing even to the dividing asunder of soul and spirit, and of the joints and marrow, and is a discerner of the thoughts and intents of the heart.” The keeping of the Word of God certainly has real-life consequences for those who abide by it.

The text of Luther's treatise is found here: Luther: On the Jews and Their Lies. This presentation is from Part V. 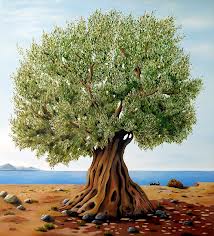 As we have described over the last four segments of this presentation of Paul's epistle to the Romans, from Romans chapter 9 Paul has been discussing and contrasting three different groups: The Israelites of Judaea who remained under the law, the Edomites of Judaea whom Yahweh hates, and the Israelites of the Nations, those of the ancient dispersions who were being reconciled to Yahweh through Christ.

The first two groups were contrasted in Romans 9:1-13 where Paul stated that he had concern for his “kinsmen according to the flesh”, and explained that not all of those in Israel were of Israel, going on to compare Jacob and Esau and illustrating for us that in Jacob were vessels of mercy, while in Esau were vessels of destruction. With this we supported our interpretation of Paul's message with explanations from both the prophets and from history which clearly demonstrate that the Edomites had moved into the ancient lands of Israel and were eventually converted to Judaism, well over 100 years before Christ.

The third group is revealed in Paul's words from Romans 9:24-26, where Paul cites prophecies from Hosea and Isaiah proving that the Nations to whom he brought the gospel were the nations descended from those cast-off “lost sheep” Israelites of the Old Testament. From Romans chapter 1 much of Paul's language in reference to the Romans demonstrates his confident persuasion that the Romans themselves were a portion of these long-dispersed Israelites.

Of these three groups, Paul only accounts two of them worthy of salvation: the Israelites of Judaea and the Israelites of the dispersion among the Nations. The Edomites are accounted as “vessels of wrath fitted for destruction”, as Paul explains in Romans 9:22. The message of the prophets concerning these Edomites, today's Jews, is the same as Paul's message: a promise of destruction.