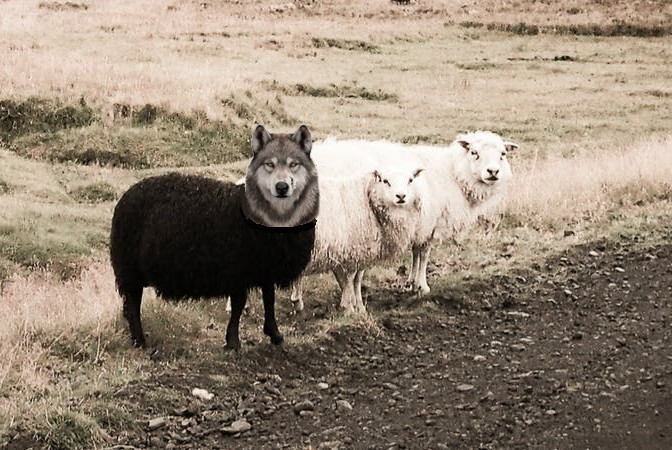 On the Gospel of John, Part 28: Wolves Cannot Be Sheep

Thus far in John chapter 10 we have seen Yahshua Christ proclaim for Himself to be the Good and True Shepherd who came in through the door of the sheep, and He also proclaimed for Himself to be the Door of the sheep. As we examined the relevant oracles of the Old Testament prophets concerning both the sheep and the Shepherd, it is revealed once again that Yahshua Christ is indeed Yahweh God incarnate, who had long before promised to come and to gather His Sheep for Himself, which are the scattered and lost sheep of the house of Israel, and that is the only stated purpose of the Shepherd.

We also discussed at length another aspect of the discourse of the Good Shepherd, which is the phenomenon of hirelings and wolves. The hireling may indeed be one of the sheep, who cares only for his own gain and for profit he allows wolves into the sheepfold, as we read from Isaiah chapter 56. Or perhaps, as Christ Himself had described here, the hireling flees from fear when the wolf comes. Of course, either sheep or wolves may be hirelings, but wolves are not sheep, and they did not come in through the door of the sheep. For that reason wolves cannot ever be sheep, and wolves in the sheepfold can only be thieves and robbers, outsiders who are looking to profit by devouring the sheep. We explained that the door of the sheep was the genetic line of Abraham through Jacob-Israel, as that is how Yahshua Christ and all of His sheep come into the world. Yahshua Christ also being Yahweh incarnate, the Creator of the sheep, He is also that Door. Wolves did not come through that door as they were not created by Him, but wolves here are used as a metaphor to represent corruptions of His creation – bastards, and not sons.

We found the words of Paul of Tarsus in Acts chapter 20 had made this same distinction, We also discussed how both Peter and Jude in their epistles, which explain who the wolves are, had related them to the wicked and corrupt descendants of the fallen angels who were condemned of old and who had sought to infiltrate and subvert the sheepfold of Yahweh in ancient times as well as in the Christian era. I would assert that here in John chapter 10, we have this great discourse on the Good Shepherd and the Sheep so that we could be absolutely certain of the purpose of both the Christ for His sheep, and the nature of His enemies, who are also the natural enemies of the sheep. 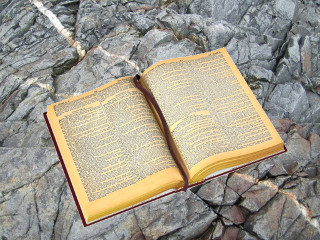 Speaking academically, we are not going to move our Christian Identity studies forward, and distinguish our faith from all of the errors of denominational churchianity, until we leave behind all of the mistakes of the past. As I have said before, there are many supposed Identity Christians who are content with the 19th century discoveries of British Israel, and that is where they remain. Some others have moved past that to realize that the Jews are not Judah, but they are still mired down in other heresies, such as the supposed 6th & 8th day creation heresy, or the idea that man can somehow be justified by works, which are the rituals of the law, or the heretical idea that Yahweh created races of men other than Adam, and when He created them in Genesis, He only called them beasts. These last fools often claim that the other races are the beasts of Genesis 1:25, but they are to be included among “all men” in John 12:32 or the “world” of John 3:16. All of these heresies are evil, and the men who uphold them are scatterers, and not gatherers. All of these heresies lead to compromise with the enemies of Yahweh our God, and all of them and more must be left behind if we are to have a truly pure and righteous faith.

We have spoken often about some of these heresies, but this evening we will discuss a different sort of heretic, which is the Christian Identity Judaizer. Paul of Tarsus resisted the Judaizers in the first century, and we must continue to resist them today. Sadly, many of our Christian Identity brethren have fallen for the trap of self-justification which they have set. There seems to be a lot of confusion in Christianity, and especially among Identity Christians, as to the relationship of the New Covenant to the Old Covenant. So many Identity Christians, realizing the truth of the Hebrew roots of White Christian Society and the Israelite ancestry of the majority of the tribes which had formed the modern nations of Europe, think that they must revert to keeping the many statutes and ordinances of the Old Covenant in order to better please Yahweh their God. 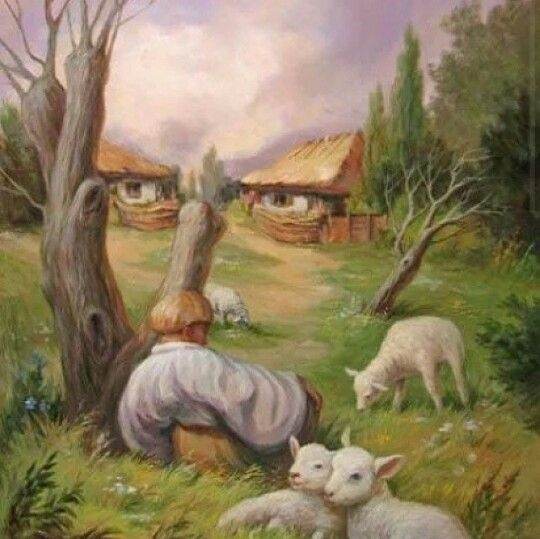 On the Gospel of John, Part 27: Hirelings and Wolves

As we began our discussion of John chapter 10, we sought descriptions in the words of the prophets of Yahweh by which we may understand The Purpose of the Shepherd. This is necessary for us to do, because Christ Himself had said, in Matthew chapter 5, “17 Think not that I am come to destroy the law, or the prophets: I am not come to destroy, but to fulfil.” So if He came to fulfill the words of the prophets, then the action and the purpose of His ministry must be in conformance with their words, and therefore it is they to whom we must turn in order to better comprehend the purpose and intent of His ministry, so that we may understand what He had come to fulfill. If His intentions are not in accordance with their words, then He has destroyed them, and He cannot claim to have fulfilled them. But praise Yahweh God that He is True, and He is not a liar, since He does not change. The words of the prophets describe the purpose of Christ, and the epistles and actions of the apostles further verify that purpose. For that same reason we read in 2 Peter chapter 3 that Peter’s reason for writing was: “2 That ye may be mindful of the words which were spoken before by the holy prophets, and of the commandment of us the apostles of the Lord and Saviour”, because the purpose of the Shepherd was indeed the purpose which had been previously announced by the prophets.

Yahshua Christ, being the Good Shepherd, and the only true shepherd, had come only for the “lost sheep of the house of Israel”, to gather them to Himself, as He Himself had professed and as the prophets had described. Furthermore, the words of the prophets had not only explained what happened to those sheep and why they were lost, but they also inform us as to where those sheep had wandered and what would become of them. By the Word of Yahweh God through the prophets, since the only purpose of the Shepherd is to regather those same lost sheep to Himself, the apostles brought the Gospel of the Shepherd to Europe, Anatolia and Mesopotamia, because it was to those same places that the sheep had wandered and that is where they expected them to be found. 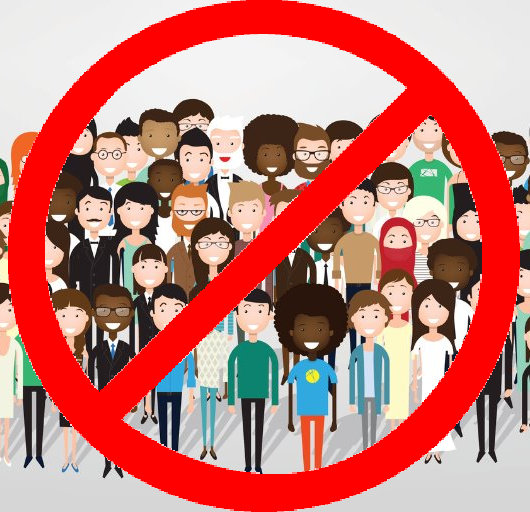 All the Kindreds of the Earth

One of the most misunderstood passages of Scripture is found in Genesis chapter 12, where Yahweh had said to Abraham that “I will bless them that bless thee, and curse him that curseth thee: and in thee shall all families of the earth be blessed.” Today, denominational Christians naively believe that this statement which God made to Abraham somehow applies to Jews. The misunderstanding of this passage is the driving force behind the wicked phenomenon which we know today as Christian Zionism, and its abuse has perhaps been even more dangerous to true Christendom than the popular misunderstanding of John 3:16. Christian Zionism is wicked, because its attitude towards Jews is absolutely contrary to the attitude which Christ Himself had towards Jews. Jesus hated Jews, and now Christians worship Jews instead of Jesus. Many Christians await the rule of an anti-Christ, while in reality the anti-Christ already rules over them while they themselves remain ignorant of it, and their churches are in collusion with the devil.

But there is another problem with the common interpretations of this passage, and that is where Christians imagine negroes, yellow and brown orientals, American and Australian aboriginals, Pacific islanders and other aliens to be reckoned among “all the families of the earth”, which is a concept that Scripture itself never expresses, and in some places even refutes. So here we shall present a two-part series of essays produced by Clifton Emahiser and titled as a question, All The Kindreds Of The Earth Be Blessed?, parts 1 and 2. From his records, it is evident that Clifton first wrote part 1 of this series in May of 2007, but finalized both parts in January of 2009, when they were apparently published to his mailing list. That is the same month that I started Christogenea, and I created the first version of his website just a short time later, perhaps in March or April of that year.