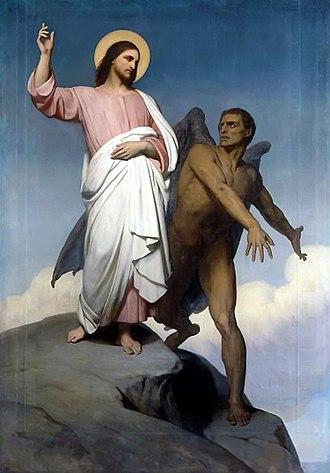 Clifton Emahiser joins William Finck once again and here they conclude his original series of essays addressing those who would claim that there is no such an entity as Satan. 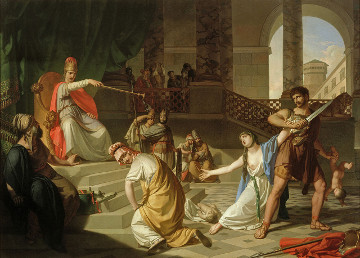 Ecclesiastes, Part 6: Wisdom and the Power of Authority

We do not usually report on news at Christogenea, and we generally ignore all of the school shootings and other mass shootings, unless we can document for ourselves the details. So I think the only mass shooting we wrote about or discussed here was the alleged Whorlando Homocaust. The recent Florida shooting seems to be just as real as that one, another fake news psy-op orchestrated in a community that is heavily Jewish. But neither is it our purpose to discuss that.

But there is another recent event which does have our attention, which shows just how fast we as a nation are sliding into the fires of hell. That is a recent court decision in Hamilton County, Ohio, where a seventeen-year-old girl has been taken from her parents because her parents were denying her desire to transition herself into somehow being a boy. This is according to WCPO in Cincinatti (or Sin-sin-atti, a name which should be spelled using the letter s, not the letter c), where we read in a recent article that:

A 17-year-old Hamilton County boy who has spent more than a year fighting to be recognized by his family and the world as a boy finally has just that.

A ruling handed down Friday by Juvenile Court Judge Sylvia Sieve Hendon awards custody to the boy's grandparents, with whom he currently lives and who have supported his gender transition.

Notice that the article from WCPO has already accepted that this child is a boy, even while it is still a biological female and before it has actually undergone whatever medical procedure may make it a male [like, maybe medically attaching appropriate biological appendages]. The article also makes the supposition that because some local judge decided the girl can be a boy, that the entire world would support and follow the judge's decision.... 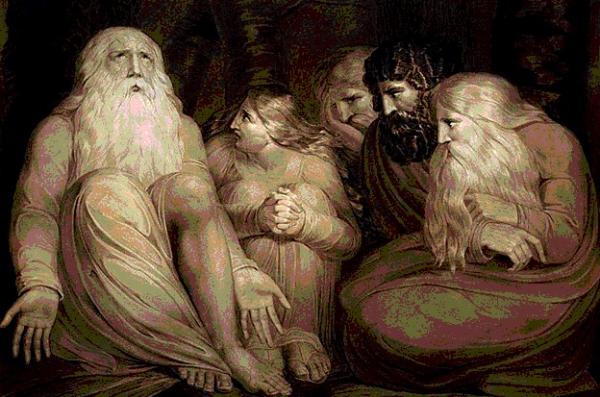 Clifton Emahiser joins William Finck once again to discuss his series of essays addressing those who would claim that there is no such an entity as Satan. 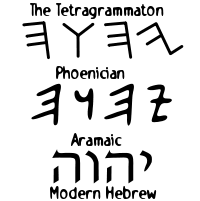 A Critical Review of Bertrand Comparet's Who Is Your God?

In my daily conversation and Social Media activities I frequently encounter situations which remind me of the fact that many old-time Christian Identity people do not like me, and do not like Clifton Emahiser, and for that reason they do not communicate with me and actually shun our work. This is true, of course, of all of those who deny Two-Seedline and the racial message of the Scriptures. But sadly, to me, it is also true of many who do understand the issue of race in the context of Scripture, and who would rather cling to the personalities of the past rather than examine and refine or correct their errors. They would rather cling to "muh Swift" or "muh Comparet" and remain in their errors, and that is actually a more subtle form of idolatry. They despise us for daring to challenge their old-time British Israel / Christian Identity dogma rather than study and consider what we have written. But in spite of the contention and the obstacles, our ministry grows each year. We pray that we remain on this course. We are not going to succumb to any desire for popularity, but rather we hope to get more and more of our brethren to understand this message in the face of adversity.

So here is yet another critique of Bertrand Comparet. We do this not to tear down one of our own teachers, but to show our appreciation for him while at the same time seeking to improve on his work, correcting things which must be corrected and, if we can, edifying places where he had left room for edification. We are all men, and all of us have room for improvement, or mistakes that may be corrected now or in the future. This printing of Comparet's sermon was transcribed and edited by Clifton Emahiser, and therefore we shall also include Clifton's critical notes in this presentation this evening. 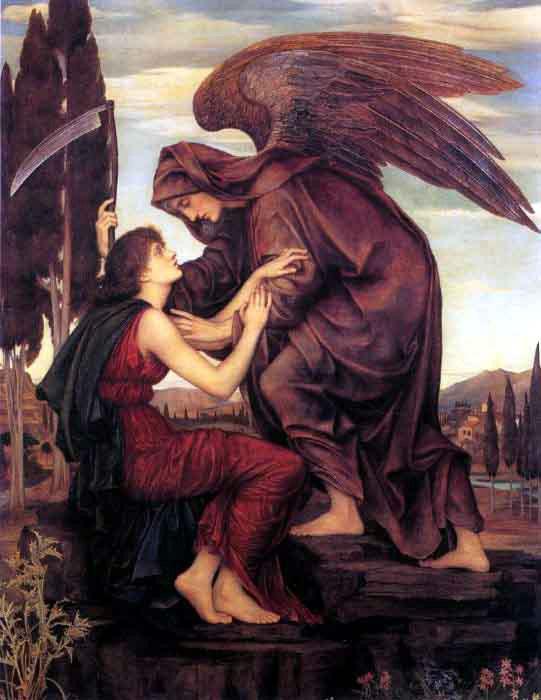 Once again, Clifton Emahiser joins William Finck to discuss a series of essays addressing those who would claim that there is no such an entity as Satan. 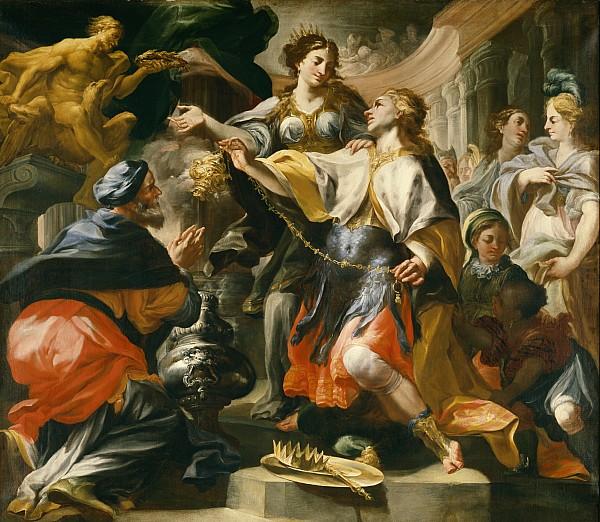 Ecclesiastes, Part 5: Wisdom and the Power of Sin

Presenting our commentary on Ecclesiastes chapter 6, we discussed the vanity of poverty and wealth. The Preacher had presented us with three examples of circumstances in the lives of men, and the evils that befall two of them. The first example was of the man who, having been blessed with riches, was blessed by Yahweh in his later years to enjoy the fruits of his life’s labors. Then there was the man who accumulated riches and was bereaved of them so that he lived his later years in want. Finally, there was the man who worked a long life and had many children, but who had never enjoyed any luxuries all of the time that he lived.

While it was apparent that the men of the latter two examples were undergoing trials imposed on them by Yahweh, whether or not they had sinned, it is also evident from other Scriptures that the man in the first example, the rich man who enjoyed his wealth, was also being tested. But this is not evident unless we examine the Law and the Gospel. In the Law we learn that wealth is given to men by Yahweh so that He may establish His covenant, in Deuteronomy chapter 8. Understanding that, wealthy men should abide the Gospel of Christ and employ their wealth in a manner so as to build His Kingdom, seeking to store treasure in heaven rather than to increase their earthly treasures even further. So this might be the most difficult of these three examples for a man to live up to. 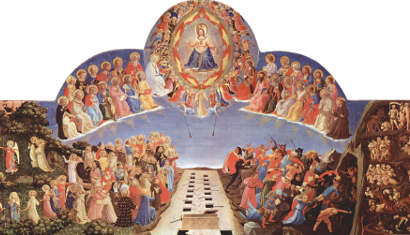 An End Times Update: William Finck surveys the prospects for the anticipated Fall of Babylon, review some of the relevant Scriptures, and discuss the changes in circumstances and attitudes on the political, economic and social landscape in America since the topic was covered in depth here in the Beginnings and Ends series last June.

Read more for the images of the "family" I discussed during the latter portion of the podcast. 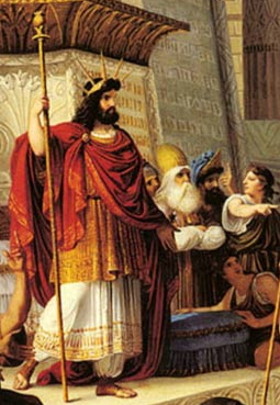 Ecclesiastes, Part 4: The Vanity of Both Wealth and Poverty

Resuming our presentation of Solomon’s Ecclesiastes here with chapter 6, as we have already explained, there are going to be times when we shall necessarily repeat ourselves, because the work itself is quite repetitive in nature. But we have also explained that as he repeats his themes, the Preacher adds different perspectives or new elements to his subjects. With this we have concluded that the repetitious nature of the work is one of its teaching methods, just as the skepticism which is often expressed is also a teaching method. Making repetitive remarks, the author expresses and addresses skeptical concerns in different ways.

The labors of life, the vanity of those labors, the trials which man must undergo only to die in the end empty-handed. And regardless of whether he had been impoverished or wealthy, the oppressed or an oppressor, his fate is the same as all other men, and with this he has no comforter. That was the theme which the Preacher had employed in chapter 4 of Ecclesiastes, that man has no comforter to succour him in his trials, while all of his own labors are vanity. However the antithesis to the skepticism and the dismal outlook of the Preacher is found in Christ, since He is the Comforter of men, as He described Himself, as it is recorded in John chapter 14, and as Paul had also described Christ in the opening passage of his second epistle to the Corinthians. Ultimately, the Preacher will answer his own skepticism in this same manner, that all things are in the hand of God and that He shall judge every good or evil work. But he does not make that conclusion explicit until the very last chapter of the work.