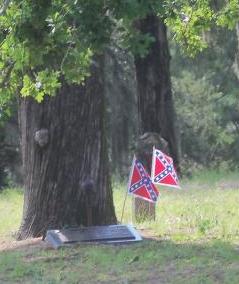 Christianity is Nationalism, and in a Christian's public intercourse it must be nationalist first. Identity Christians should therefore put their kindred and their race above all things in their exterior actions and relationships, while they keep their God above all things in their hearts. Many Christians attach far too much import to public expressions of faith as an evidence of belonging. There is a difference between glorifying God, and a need to convince everyone how much you love Jesus, which is often really only a display of self-righteousness. Too many Christians, even Identity Christians, stress agreement in Christ over a love for their brethren, and consider only those who agree in Christ as their brethren. How are they different from mainstream Protestants in that respect? They fail to realize that today, the enemies of Christ have deceived the entire world, as the Scripture also tells us. The Jews have insisted on displaying a picture of a Christ who loves everybody, a Christ who hates no one, in direct contradiction to Scripture, and a Christ who accepts all sinners and all sin without a thought of repentance and conformity on behalf of the individual. Therefore since none of that resonates with the true Aryan spirit, many good White kinsmen do not know what Christ is, do not know why Christ matters, or do not even know which Jesus to believe, so they reject everything Jesus. Identity Christians above all should understand this situation, because most Identity Christians were in that very same situation themselves at one time or another.

Christ said “If you love Me, you will keep My commandments.” Then in John 13:34 He said “I give to you a new commandment: that you should love one another; just as I have loved you that you also should love one another.” Now it may be argued that Christ was talking only about His followers, however that is not the case. In fact, in Matthew chapter 5 Christ told those followers to “love your enemies and pray for those persecuting you, that you may be sons of your Father who is in the heavens, because His sun rises upon evil and good and rains upon righteous and unrighteous. For if you should love those loving you, what reward do you have? Do not also the tax-collectors do the same? And if you should greet your brethren only, what do you do that is extraordinary? Do not also the heathens do the same? Therefore you shall be perfect as your heavenly Father is perfect.” Of course, He was only speaking to those for whom He had come, to the “lost sheep of the House of Israel”. As Christians we are to love our brethren who are our enemies but we are never expected to love the enemies of Christ our God, which is another matter entirely. As Christians we are to love all of our racial kindred – those who are of the “lost sheep of the House of Israel”, whether or not they are still “lost”, since indeed they are all of the “family of the faith” whether they are “lost” or not.

After Christ told His apostles to “love one another”, He told Peter that Peter would deny Him three times before the break of the following dawn. Peter did deny Christ three times, however Christ certainly loved Peter no less. Today we see many good White people denying Christ for basically the same cause that Peter did: they have given in to the pressures of the world. Paul wrote in Romans chapter 13: “You owe to no one anything, except to love one another: for he who loves another has fulfilled the law. Indeed you shall not commit adultery, you shall not murder, you shall not steal, you shall not lust, and any other commandment is summarized in this saying, to wit: 'You shall love him near to you as yourself.' Love for him near to you who does not practice evil: therefore fulfilling of the law is love.” Note here that Paul did not mention that first great commandment, although he illustrates its importance in many other places, that we are to “Love Yahweh your God with all your heart and with all your soul and with all your mind.” But the people to whom Christ spoke those words in Matthew chapter 22 had already claimed to know God. By contrast, in Romans chapter 13 Paul was talking about the Christian's relationship with those of his nation and in offices of worldly government, with fellow citizens and political leaders who are not necessarily Christians. Not being Christians, these people could not be expected to have knowledge of the one true God, or to be conscious of that first great commandment.

The Christian must also be conscious of what constitutes a nation. Since Christ came “but unto the lost sheep of the House of Israel” (Matthew 15:24), since Israel shall never cease from being a nation (Jeremiah 31:31-36), and since those of the faith of Abraham are they who are of those nations of the promise which are sprung from the loins of Abraham (Romans 4), Christianity is indeed a faith which is first and foremost a nationalist faith. And if Paul had told the Corinthians that their fathers were baptized in the cloud and the sea with Moses, that they were of those nations of “Israel according to the flesh”, and that therefore they should not commit fornication as their fathers had done and in one day 23,000 of them had been slain (1 Corinthians 10), then Christianity is still a nationalist faith – and nationalist in the true racial sense of the word. The event which Paul referred to as fornication – which is a sin for Christians – is the race-mixing event between the ancient Israelites and the Moabites described in Numbers chapter 25, for which the children of Israel were punished. The Corinthians, being Dorian Greeks, indeed had their origins in the twelve tribes of ancient Israel. If the apostle Jude tells us in his one short epistle that fornication is the pursuit of “different flesh” (verse 7), and portrays it as evil, then Christianity remains a nationalist faith indeed.

The word nation comes from the Latin word natio, which means “tribe, nation, people; race, stock; (pejorative) breed”, according to The Bantam New College Latin & English Dictionary. This is similar in meaning to the Greek word ethnos, from which we get the English word ethnicity. The word ethnos was in Scripture sometimes translated nation, and usually translated gentile. The word gentile is not an English word, and its use in Scripture is deceptive because it is misunderstood. It came from Latin and was adopted into the English Bible for religious purposes. According to the Junior Classic Latin Dictionary published by Wilcox & Follett Company in 1945 gentilis means “of the same clan or race”, it being derived from the word gens which primarily means to describe a clan, but also a stock, family, tribe or nation. Properly, a nation can only consist of those of a single race of people, whether there are other races in the same geographical area or not. Those of other races cannot ever properly be a part of one's nation.

Picture our world as a circle, around a hill elevated in the center. The wider circle encompasses our race. Inside of that is a circle which encompasses those of our race who keep a Godly morality, whether or not they are professing Christians. Many of our race are good Christians in action, if not in profession, because whether they realize it or not, the laws of our God are written into their hearts. Inside the circle, and nearing the top of the hill, is the body of Christ – that is where we should all hope to be. They who imagine themselves to be in the center of the circle, at the top of the hill nearest to our God, should seek to draw their brethren in with them. That must be done through love for the nation and by example, that those who are pious among us may see them and wish to join them. One cannot draw a brother to Christ by hating his brother.

On the other hand, those who claim to be Christians and instead of worshiping Christ make obeisance to His enemies, or those who claim to be Christians and seek to violate the moral or racial boundaries clearly drawn out by Christ, it is they who need to be sharply rebuked no matter what they profess with their lips - for they honor Christ with their lips, while their hearts are far from Him. 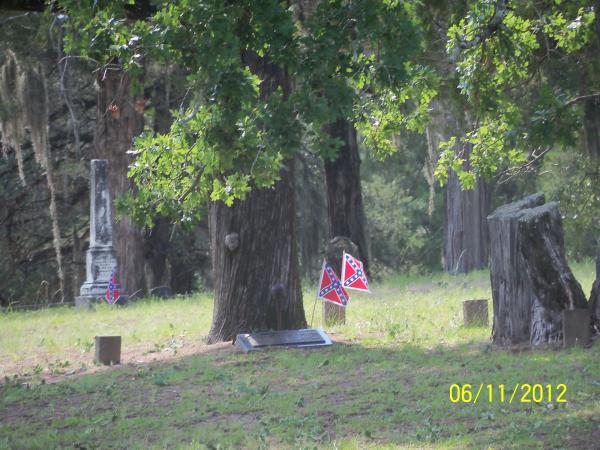 The Stars & Bars still fly proudly among the oaks at the Old Sparta Cemetery near Jamestown, Louisiana