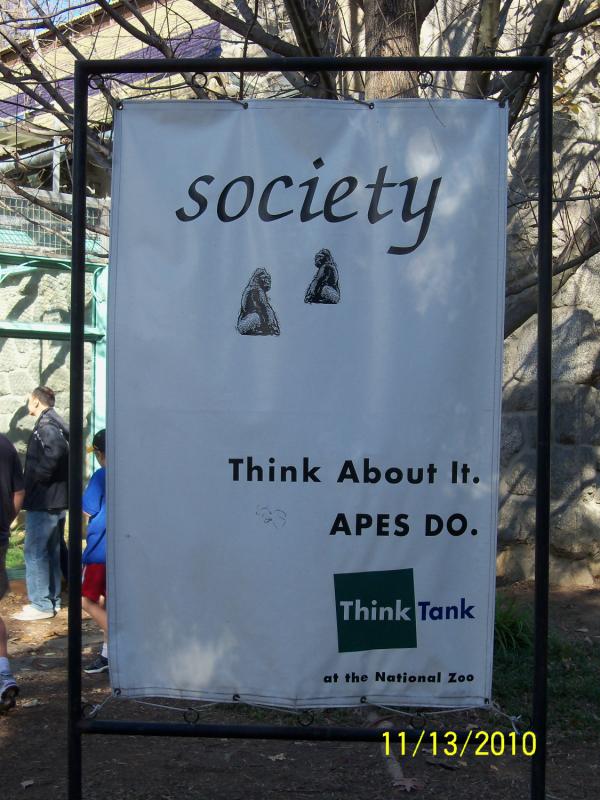 I saw this sign at the National Zoo in Washington this past Saturday, and just had to take a picture of it. It says: “Society. Think about it. Apes do.” This is more or less a slogan repeated in several other places at the zoo, so as I walked around looking at the animals – inside and outside of the cages – I did think about it.

The word ape is more or less an ambiguous term used to describe a wide assortment of critters, including orangutans, gorillas and chimpanzees, which are of the biological families Pongidae.or Hominidae. All of these have 48 chromosomes, and a few hybrids among them – often in captivity - have been known to exist. However, in “normal” ape society reproductive unions between these different species of ape hominids generally do not occur. The National Zoo - evidently not caring about compliance with equal opportunity housing standards - segregates its ape residents by species.

Humans are also hominids, but having only 46 chromosomes they are clearly distinct from apes. However, quite often the differences between species in the other animal families are far more subtle than the differences between the various races of humans – whom scientists nevertheless generally insist are all of the same species. The supposed scientific methods for classifying the various families of the animal kingdom into species are inconsistent and ambiguous, clearly politicized, and biased when it comes to humans. In fact, many so-called scientists are now attempting to dismantle even racial distinctions, claiming that they are a social construct. At the same time, pharmaceutical companies are recognizing racial differences and creating race-targeted medications. Yet examining the histories and achievements of the various races as they exist in their aboriginal forms, before any of them were influenced by rather recent colonization or resettlement outside of their own historic habitats, it is quite clear instead that society is a racial construct, and that the scientists are wrong.

While different varieties of ape do not readily interbreed, different varieties of humans do. Walking around the zoo, I observed White men with Negro partners and mixed children, White men with Oriental partners and mixed children, and Negro men with White women and mixed children. Hardly something one may see among the apes of Africa or the South Pacific, in places where different species of ape inhabit the same areas. While apes are generally considered to be less intelligent than humans, mate selection is one area where it is fully apparent that dumber is indeed smarter. 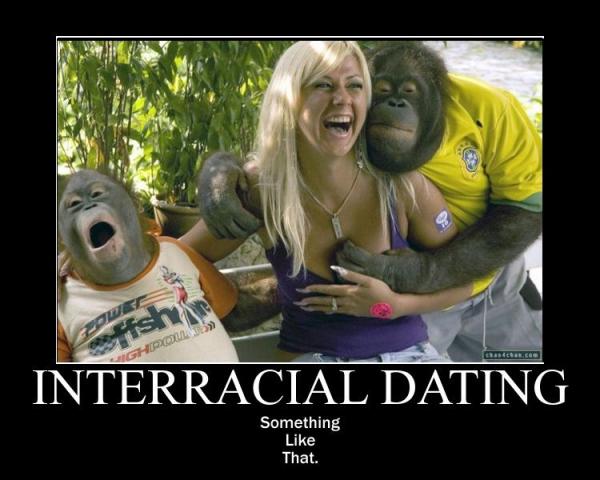 [This article had 6375 views on the old Christogenea website.]