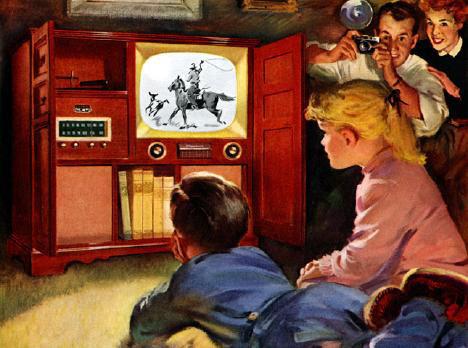 Not very long ago, the nations of Christendom were quite ethnically homogenous. Even those with significant non-White populations were nevertheless fairly well segregated, regardless of whether the non-Whites in White nations were indigenous - as the Aborigines of Australia, or introduced - as the Negros in America.

Then along came Jewish racial and political agitation, and a century-long campaign to integrate non-Whites into the White populations of all White nations, thereby destroying White racial homogeneity everywhere. This has been no secret, it is a plan announced openly by the Jews long before it happened, that they would do this to the White race. Examples are readily found in Israel Zangwill's The Melting Pot, a play which opened at the Columbia Theater in Washington, D.C. On October 5th, 1908, or Edna Ferber's Showboat, which debuted as a play on Broadway in New York City in 1927.

Jews such as Israel Zangwill, Israel Cohen, Melvin Meyer, Joachim Prinz, Edith Stern, Julius Rosenwald, Julius Rosenthal, Lillian Wald, Emil G. Hirsch, Carol Ruth Silver, Stephen Wise, Henry Malkewitz, Barbara Lerner Spectre, Anetta Kahane, these are just a few names out of the thousands of Jewish so-called “civil rights” leaders and activists worldwide. Several of the Jews listed here were among the founders of the NAACP, an idea which Jews conceived. Jews have been at the vanguard of immigration and integration movements in every White nation for the past hundred years and more.

Impossible ideas such as pluralism, multi-culturalism, diversity, things which have never existed in nature and which have always failed miserably in history, are ideas of the Jews foisted upon White society so that Whites can be deceived into miscegenation and the self-destruction of their own race and cultures. The Jews flood White nations with aliens, and then they stoke racial discord in order to pressure Whites into ceding concessions for special treatment to those same aliens.

But in these last few decades, at the same time that the Jews are agitating racial integration of aliens and Whites, the holocaust myth and the myths of their own religion allow the Jews themselves to decry integration with others, and therefore Jewish Supremacism has become the only politically acceptable form of Supremacism. However, and quite sadly, there are now many Whites who while rejecting the notion of Jewish Supremacism have also in turn surrendered their own race to the Jewish ideals of racial pluralism and diversity – regardless of the fact that wherever these things have been tried in the past, the result has been devastating.

Therefore today we have a division amongst those who would endeavor to save mankind from Jewish Supremacism. On the one hand, many of them are still pro-White separatists who understand the value of the White race and the need to defend Whites and White cultures from the flood of aliens. However on the other hand, many of them are not. These are those who, while denouncing Jewish Zionism, have fully accepted the Jewish paradigms concerning race and who then in turn speak out against all forms of racism. This later group actually assists the Jews in their original cause against the White race, regardless of the failure or success of Zionism itself.

The original White Nationalists – the Ku Klux Klan being the most publicly ostracized by the Jewish media – were all pro-White racists. Typically they were also Christians. The generic term White Nationalist itself is relatively new. Originally, through the 1980's and even more recently in some circles, Whites with nationalist tendencies were called Christian Patriots. While many anti-Zionists come from the liberal left, true conservatives are supposed to be racists, since conservation of the nation or republic would also necessitate the maintenance of the original racial stock which created it. For that reason alone did the preamble to the United States' Constitution express the intent to “secure the Blessings of Liberty to ourselves and our Posterity”. Posterity means descendants. Those blessings of liberty for which our White ancestors fought so hard were never intended for the floods of aliens. That idea is also Jewish propaganda.

We would make the assertion that Whites cannot survive at all without a return to the values of positive Christianity, the same Christianity which excluded Jews from European society and defended Whites from the resulting onslaught of Arab and Turkic hordes in the Middle Ages. Additionally, the path to White survival must include the lesson that Whites stop projecting their own values onto the people of other races, who have never naturally shared any of those values. While some individuals among the other races may learn to mimic White behavior for the sake of the rewards of cooperating in a White society, such a phenomena is rarely lasting, and in subsequent generations their bastard children always cause a degradation of the host White society.

Furthermore, Whites must have clear ideals which characterize White identity, and strive to maintain them in everyday life, or Whites shall not survive as distinct ethnic groups and members of a wider distinct race. Whites must maintain these ideals even if all Whites do not share such characteristics. Only the recognition and elevation of an ideal can motivate a community to protect it, since the ideal becomes a symbol representing the identity of a people. If one is offended by the maintenance of the ideal, then that person obviously does not belong as part of the group.

Thus is the essence of true White Nationalism. It is also the essence of true English, German, Irish, Dutch, Danish or American Nationalism. A flood of Kaffirs or Turks cannot be English or German any more than the English settlers of Australia became Aborigines, or the New Zealanders became Maori. Civilization is a racial construct, and not a geographical mishap. Therefore the real Right is a Racist Right, and anything else is really Left.

We now have an Android app which makes it easy to listen to our internet radio stations. It is now available at the Google Play Store. NOTE: Google reports that the app requires Android version 2.3 or higher. For a file which you can download and install on an android phone CLICK HERE. For a file which can be installed on a Kindle device CLICK HERE.

North Florida League of the South