While we suffered no damage from the recent Hurricane Sally, heavy flooding on the rivers here in Bay County, Florida has forced us to move everything that will move, and to leave home for awhile for fear of being stranded and probably also suffering the loss of our vehicle.

The initial projection was that the water level would rise 8 feet above what is seen in the photo here. That has now been revised down to 5 feet. With the anticipated runoff from heavy rains to the north the rivers are expected to remain flooded for a week.

Needless to say, this did not leave me with any time to prepare a podcast, so we are taking the weekend off. Yahweh God be willing, I hope to be back to work next week.

I will be on the Christogenea Voice Chat for awhile this evening, from around 8:00 PM Eastern time.

Select podcasts related to the National Socialist struggle against the forces of darkness are now being broadcast on two of our Internet radio streams. Click HERE to listen!

Christogenea has a new chat room which uses secure, self-hosted open source software. This is a separate resource not connected to our Christogenea.net Voice/Chat Server, which is also still active.

Over the years, many of our friends and listeners have listened to live programs and have had fellowship in our Chat. This chat is open to the public and anyone can join, but you must register an email address. You may download a client for Windows, Linux or Mac from Rocket.Chat, or from Apple or Android app stores, and connect to chronos.christogenea.org and join the #chatroom channel, or you can use the web interface which will take you there directly, at https://chronos.christogenea.org/channel/chatroom.

Trolls will be rejected immediately. If you are not an Identity Christian you will be treated according to your fruits, and disinvited if you are only found to be lurking.

Christogenea can now accept Monero XMR! Monero is a crypto-currency noted for the privacy of its transactions. See our Contact page for information on how to support Christogenea by other means. 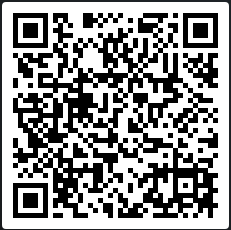 Our Commentary on the Prophecy of Malachi is now available in book form here at Christogenea. It is five chapters, which correspond with each of the podcasts of our original 2017 presentation, and we added an edited version of our chronology of the intertestamental period as an appendix, as it is instrumental to understanding many of our assertions relating to the time in which Malachi had written. Please support our work by purchaasing this and all of our books!