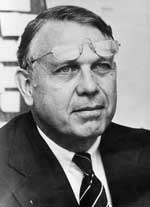 Richard Kelly Hoskins, 93, of Lynchburg, Virginia, died peacefully after a brief illness on January 28, 2022, surrounded by his family.

At the Dixie Project at Christogenea we now have all of the Hoskins Reports in PDF format which were once available at his own website, but the site is now defunct. Some of them were a great encouragement to myself in the early years of my studies. While some of his ideas are unique, they are certainly worth preserving. - William Finck This is a social-media-friendly announcement for the June 22nd, 2022 podcast at Christogenea. This announcement was made so that hopefully, people are not punished by the corrupt, controlled, Marxist social media outlets for simply posting a link to dissident material.

But of course, God evidently hates a lot of things. So to find out about the topic of discussion here, and to listen to or read about why, click HERE or on the image at left.

Here I shall prove that Jezebel was NOT the mother of Athaliah, the queen of Judah, in spite of the fact that Ahab was her father. This is sometimes confusing because there are two men named Jehoram, sometimes spelled Joram, a son of Ahab and a son of Jehoshaphat king of Judah. There are also two men named Ahaziah, a son of Ahab and a grandson of Jehoshaphat, the son of Jehoram king of Judah. So when we mention Jehoram or Ahaziah, we always better check to make certain we have the correct one.

Read more at the Christogenea Forum.

These past few years, and the past few months especially, Christogenea has been cut off from most of its sources of funding. While we may still be found on CashApp, that is not convenient for all of our friends and listeners. We are currently searching for another new credit card processor as we have already been cancelled by cornerstone.cc, who has been rejecting payments for the past week. Cornerstone has not given us any explanation although we have requested one. We know the explanation already.

If you appreciate our work, please remember that it is not "free" to produce or to keep freely available. Please help support Christogenea and keep us working!

Aside from 15 separate websites, a chat and 6 radio streams, Christogenea freely hosts over two dozen unrelated Christian Identity or Christian Nationalist websites, and incurs online expenses of over $1200 each month, not including the funding we need to produce our studies and other content. This comment will serve as an addendum to our paper The Problem With Genesis 6:1-4. It was inspired by an inquiry concerning the reading of Genesis 6:2 which is found in the Codex Alexandrinus, which was made by a social media contact of ours. Our friend had obtained a copy of The Old Testament in Greek according to the Septuagint, by Henry Barclay Swete, published in 1887. Here we have included a link to Volume 1, Genesis to IV Kings.

Admittedly, I have never heard of that publication, but have since found that it is referenced in a preface of my copy of the Rahlfs-Hanhart edition of the text of the Septuagint, which along with Brenton’s edition are the texts to which I often refer here at Christogenea. The Rahlfs-Hanhart edition mentions Swete in its Explanation of Symbols, as Swete’s edition is evidently referenced in the critical apparatus of alternate readings along with many other old Septuagint editions going back to the 16th century.

But our friend’s interest was roused because, as we have cited Brenton in our paper The Problem With Genesis 6:1-4, according to Swete’s Septuagint the opening words of Genesis 6:2 read: ἰδόντες δὲ οἱ ἄγγελοι τοῦ θεοῦ τὰς θυγατέρας τῶν ἀνθρώπων, Which translates to say “Then the angels of God seeing the daughters of men…”