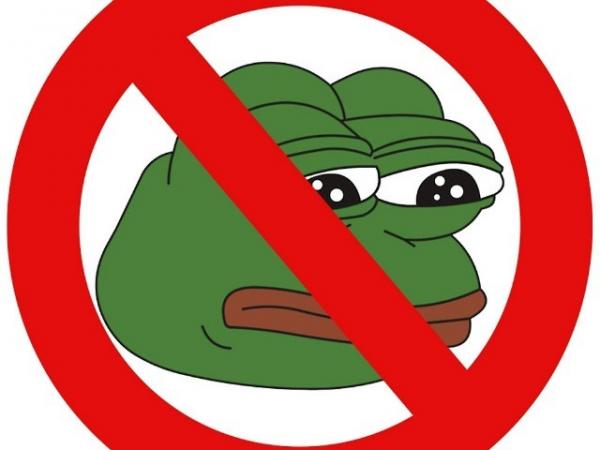 Mike Delaney, Matthew Ott, Allen Rouse and others join William Finck for a discussion of White Sharia, Esoteric Kekism, the Jews leading the Alt-Right and other related topics. William Finck's notes are found below:

We have until now basically ignored the Kek phenomenon, the cries for White Sharia, and some of the other silly ideas floating around so-called White Nationalism. Today we are going to have a general discussion concerning some of these things, so that our opinion is heard.

White Sharia: Why do we need White Sharia? This makes it sound as if Whites have no traditional values. It does not matter that its proponents reject sand nigger sharia, it still sounds as if we have to get values from sand niggers. We do not need the ideas of sand niggers. Sand nigger sharia actually advocates pedophilia and turns a blind eye to men boogering little boys.

But White Sharia is really just a joke, not only poking fun but also advocating the abandonment of true Christian values. White Sharia means virtually nothing except what any particular proponent who embraces it wants it to be. For instance, even the faggots at counter-currents.com just published an article called In Defense of White Sharia. Real nationalists should want nothing to do with those sodomites. White Sharia is not tangible, and has no authoritative source that can define it, except the emotions of a bunch of misguided millennials.

Christians have a moral code that has already produced the world's most advanced societies. The word sharia means revealed law in Arabic, and we already have our own revealed law in Christianity. In traditional Christianity, the patriarchy rules, a man is king of his own house, his wife and children are subject to him alone, women cannot even make contracts without their husbands. CI is the original strict moral code for Whites: Children and wives in subjection to husbands and fathers, and pedophilia and boy-buggering are forbidden. Commandments against adultery, fornication, sodomy, and all basic moral violations com from God and are literally written in stone.

The Jew has used the court systems of the west to progressively destroy Christian morals and the Christian patriarchy, and now Jews have co-opted the alt-Right in yet another attempt to keep Whites from ever going back to them.

The source of White Sharia is the same as the source of Esoteric Kekism, a religion of memes which have no real power to sustain or rebuild a vibrant White society.

Esoteric Kekism is based on the musings of chutney-nigger Savatra Devi's esoteric Hitlerism. Its proponents are New-Age freaks and Jews who promote the idea that Hitler embraced the occult, and who also embrace the concept of a rainbow swastika. All of this is grounded in the same Jewish Hitler revisionism found in Table Talk and other spurious works which perpetuate the lies that Hitler was a pagan or a mystic who had turned against Christianity.

Both White Sharia and Esoteric Kekism evidently come from The Right Stuff website, and in turn have been promoted by the Daily Stormer. The prominent figure behind the Right Stuff is the Jew Mike Enoch, and the prominent figure behind the Daily Stormer is the Jew Andrew Aurenheimer, otherwise known as Weev. His full name is Andrew Alan Escher Auernheimer.

Jew or not? In 2012, Weev told Gawker that he had Jewish ancestry, but that was right before he was being sent away to prison so he may have done that as a hoax to get better treatment from the United States jewdicial system. Weev had a long history of writing antisemitic statements and so claiming to be of Jewish ancestry after that is a defense. He has not addressed this issue after prison so whether he was serious or not is unknown.

From an OkCupid archived page containing a profile made by Weev himself, first he quotes Hitler:

"With satanic joy in his face, the black-haired Jewish youth lurks in wait for the unsuspecting girl whom he defiles with his blood, thus stealing her from her people." --Adolf Hitler

Then he makes an admission:

As an ethnic Jew of Bavarian origins that is a reasonably adequate summary of my night moves.

Andrew Aurenheimer is a Jew, and Mike Enoch is a jew. Mike Enoch has admitted to being a Jew on several occasions, and the Daily Stormer is in purposeful denial. Andrew Anglin, who quite ludicrously claims 99 44/100ths % purity, is promoting Jew after Jew. He is still promoting Stephen Molyneux and he is a professed Jew.

Jews are the alt-Right, the alt-Right is, for the most part, Jewish, and their purpose is to captivate and nullify any formidable White political opposition to Jewry.

Christianity gets the blame for what is happening in Europe today. But in truth, Europe has not been predominantly Christian in perhaps 50 years. Europe has long been what the Jewish pundits love to call post-Christian.

Even according to Wikipedia, in Sweden:

According to the Eurobarometer Poll 2010

Phil Zuckerman, an Associate Professor of Sociology at Pitzer College, writes that academic sources have in recent years placed atheism rates as high as 85%, while other sources report that only 17% of respondents self-identified as "atheist".

And according to Wikipedia, in Germany:

In the year 2006, 30% of German youths believe in a personal god, 19% believe in some kind of supernatural power, 23% share agnostic views and 28% are atheists.