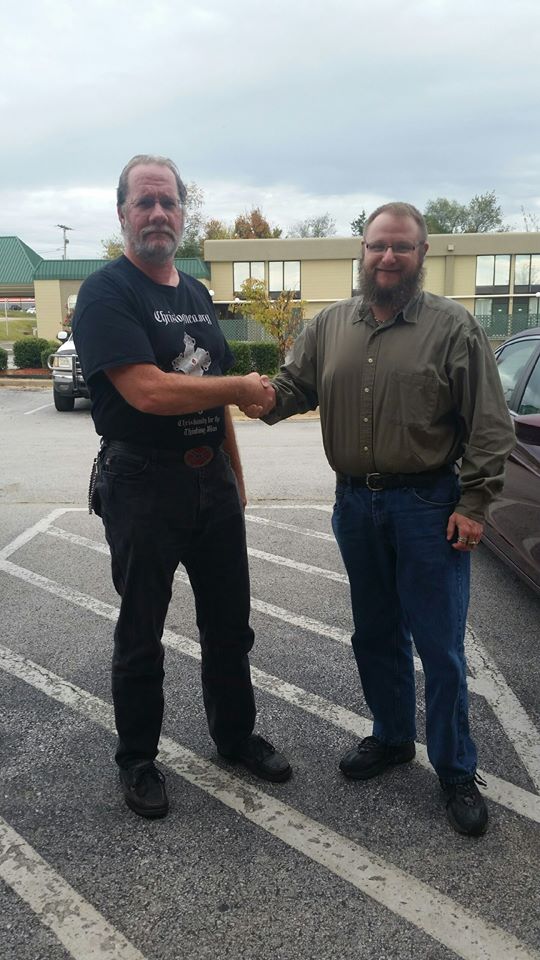 Billy's books can be found at popular book-sellers such as Amazon.com, Barnes & Noble, Books-a-Million and Smashwords.

He is currently involved with Paul Mullet and Divine Truth Ministries. Here are the notes I made for the introduction:

Billy Roper was once a high school history teacher, and has degrees in History and Political Science. To our listeners, that may sound like he should be thoroughly indoctrinated, but this time that is not the case at all. He had already read Mein Kampf in high school, and seems to have had both a racial and political awakening at a young age. We do not know how that happened in rural northern Arkansas, and we hope he tells us. Billy has been involved with popular party politics at the organizational level, and has even run for statewide office himself, all while being a National Socialist at heart.

Roper has been engaged in pro-White and Nationalist political activism for over 20 years now, and is also the author of a collection of novels and historical novels centered around themes related to that very cause. His novels address issues which are familiar to Identity Christians, but are nevertheless appealing. They may certainly also be useful tools for waking people up to our message who would not otherwise read dry academic writings. His books are available in mainstream venues such as Amazon.com and Barnes & Noble, and that also pushes his political ideas into the public eye. We could not help but notice that may of his titles are available for the symbolic sum of $8.88, so even his prices have a message.

Billy's active career in Nationalist causes took him out of the teaching profession, and along the road from the Birch Society and the Council of Conservative Citizens to the National Alliance, and on to Christian Identity. He has had personal associations with the late William Pierce and with Richard Butler, and continues to remain engaged with people from across the entire spectrum of pro-White political and religious persuasions. One of his past endeavors, called the White Revolution was an umbrella group which seems to have sought to organize the many pro-White groups politically in spite of their differences. More recently Billy was associated with the Knight's Party, and among his most recent projects is a collaboration with Paul Mullet and Divine Truth Ministries.