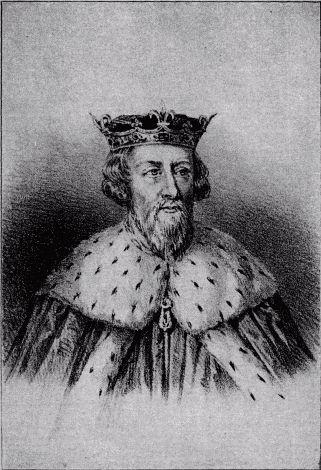 Before Alfred the Great, there were few Anglo-Saxon Kings who had any degree of care for learning and refined culture. One of them who did was Alfred of Northumbria, who preceded Alfred the Great by nearly 150 Years. But Alfred of Northumbria only had an opportunity for learning when he himself was passed over for the throne by the Witena, or council, and his younger brother had received his father's kingdom. Rather than fight the decision, Alfred retired to Ireland and received an education in the Scriptures and other literature. He became king of Northumbria after 15 years of such an education, when his younger brother died. Soon following Alfred to the throne was Coelwulf, the patron of the English church historian Bede. In Book 3, Chapter 9 of his History of the Anglo-Saxons, Sharon Turner says:

“The effect of Alfred’s reign and habits in this province became visible in Ceolwulf, who soon succeeded to his throne. This prince, who acceded in 731, was the patron to whom Bede addressed his ecclesiastical history of the English nation. In the dedication, the venerable father of the Anglo-Saxon learning says, that it was this king’s delight not only to hear the Scriptures read, but to be well acquainted with the deeds and sayings of his illustrious predecessors. From this feeling he had desired Bede to compose his history. But the ﬂame, which Alfred had kindled in his dominions, was soon afterwards quenched there by the sanguinary civil contests that succeeded. It burnt, however, with a cheering inﬂuence in the other provinces of the octarchy. Bede and Alcuin may be considered as two of the valuable minds which it had excited.”

So Sharon Turner gives credit to Alfred of Northumbria for inspiring the learning of Ceolwulf, who became the patron of Bede, and even for inspiring the later Alcuin. However the flame which ignited Anglo-Saxon appreciation for learning and literature certainly was quenched until the appearance of another great Saxon king, and here today we shall discuss the life of a later Alfred, called Alfred the Great, the King of Wessex for 28 years until 899 AD, and a man with an amazing legacy acquired over a life of only 50 short years. Speaking of him, Sharon Turner says in Book 4, Chapter 4 of his history:

“Nothing is more curious nor more interesting in history than to remark that when great political exigencies occur, which threaten to shake the foundations of civil society, they are usually as much distinguished by the rise of sublime characters, with genius and ability sufﬁcient to check the progress of the evil, and even to convert its disasters to benevolent issues. One of these extraordinary persons was Alfred the Great, and considered with regard to the time of his appearance, the great ends which he achieved, and the difﬁculties under which he formed himself, no historical character can more justly claim our attention and admiration than our venerated king.”

Among the sources which William Finck cited during his comments for this presentation: Volume I of Sharon Turner's History of the Anglo-Saxons and King Alfred Of England by Jacob Abbott