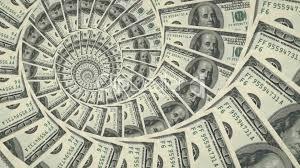 David is the author of the the E. C. Riegel Blog

David Burton was born, raised and educated in Northern California. His father was a residential real estate broker for most of his life so David grew up around the house flipping business in California back in the glory days of the 1950's and 1960's. Upon graduation from University of the Pacific in 1973, he attended Cal State University, Hayward.

His first ambition, evidently following his childhood experience, was to become an architect or land developer. But upon graduation he went to work for IBM at their Santa Teresa Laboratory. Now David's background is in systems analysis and design, data management, funds management, portfolio management, economics and banking.

It was his experience in New York City that really began to wake David up to understand that the world was not what it seemed. He went there to make his way, only to discover that underpinning the New York society were criminal activities surrounding child abuse, the family court system, the criminal payoffs which were necessary to politicians and the organizations supporting them to get one's children out of their clutches, and ultimately the organized child trafficking, pedophilia, pornography, and other horrors to which such children are subjected. We are not going to discuss any of this presently, and David himself would only warn people to stay away from it.

Married from 1985 to 1994, wife deceased, with two adult children, David is legally blind. He is also a classical music pianist and somewhat knowledgeable about pianos.

In 2006, before he knew anything about Christian Israel Identity and Two Seedline, he wrote a science fiction / adventure / mystery novel, The Linton Bequest. Despite the shortcomings he now sees as obvious, he still thinks it is worth reading.

In 2011, acting on a commission from his now deceased British mentor, he began the E. C. Riegel Blog, which contains a proposal for an alternative monetary system based on the ideas of self-taught American economist, Edwin Clarence Riegel, from Indiana. It was about the same time that David encountered the Christian Israel Identity and Two Seedline messages.