This is just over 18 minutes from Eli James' June 20th, 2014 podcast posted on Talkshoe. Eli spends nearly 20 minutes speaking about "Bill Finck's hybrid son", struggles to paste the link to some photo into his chat room, and then repeats the lies of others concerning a boy whose name he admits that he does not even know.

Other false accusations whch Eli makes about Finck here are that Finck makes videos depicting James as a fat rabbi, a claim which is ridiculous because Finck does not make videos at all (except for the one slideshow posted at TruTube.tv), and that Finck sends out fake emails in the names of others, another claim which is absolutely false.

What follows is a picture of William Finck and much of his family, from the summer of 1990. From left to right are his oldest son William Kenneth (top) his fourth child and his oldest son with his second wife Edward John, William Finck seated on couch, the infant Joseph William in his lap, and his third child Robert Eugene at his knee. On the floor in front of him are a stepson, Robert James, and his daughter Jennifer Marie, who is his oldest child. Continuing left-to-right: sitting to William's left is his second wife, Barbara, who is the mother of Edward John and the infant Joseph William, who was born with an illness and only lived three months. She is also the mother of William's stepson Robert James. To Barbara's left are William's brother Eugene Robert, and his wife Bernadette. Bernadette is also the sister of William's first wife and the mother of his three oldest children, whose name is Debra Ann (not pictured). On Bernadette's lap is William's niece, Erin. To the far right is William's sister Diana, with her two daughters on her lap. These are all five of the children which William Finck had fathered through 1990. One other son, Alex Michael, was born two years later. He will be pictured below. 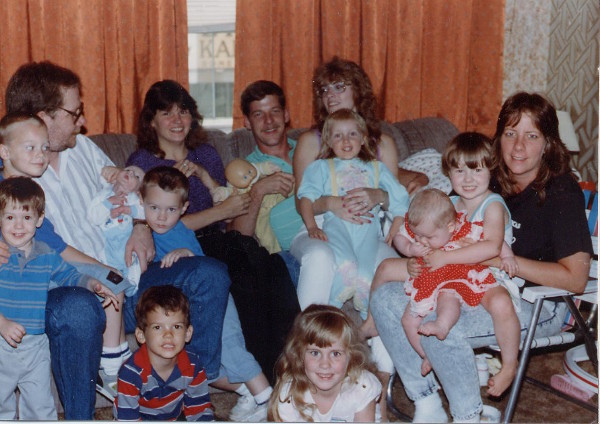 Click here for a higher-resolution image of the above picture.

What follows is the only picture which William possesses of all of his surviving children. It is most likely from the summer of 1995, and also includes two boys born after the above picture was taken, Alex and his brother's son Eugene Jr., who are both in the foreground. Alex is closer to the center.  In the back row, left-to-right, are Robert Eugene, stepson Robert James, Erin, William Kenneth, Edward John and Jennifer Marie. 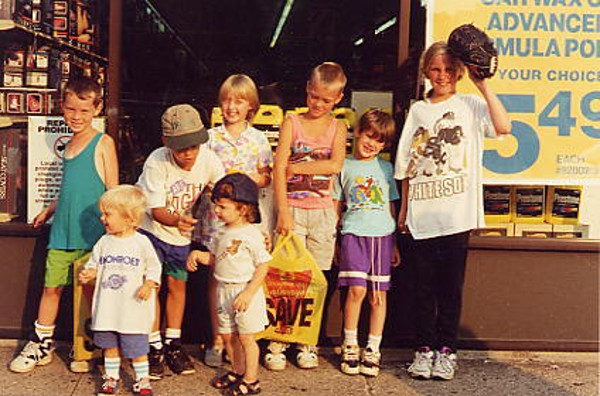 In this next photo, Finck's oldest three children, all with his first wife Debra, are pictured here with his brother Eugene. This is from the summer of 2000, while Finck was in prison. The picture was taken in Bayonne, NJ, on Broadway near 19th Street. 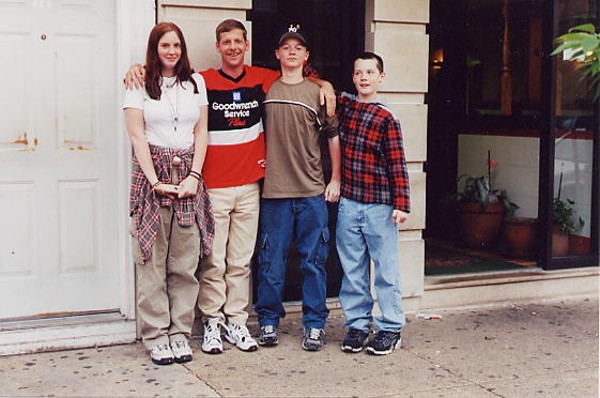 The three photos below are pictures of Finck's two surviving sons with his second wife Barbara, Edward (left) and Alex (right) as adults. Because Finck was estranged from his second wife early in his prison term, he has been alienated from these of his children as well. Therefore Edward's picture was procured from his Facebook account (click here) and Alex's pictures were procured from an article posted at nj.com about a chess tournament he entered, where he is clearly identified (click here). Update, November 23rd, 2016: The article at nj.com is no longer available. Click each of the images below for a full-page screen shot. 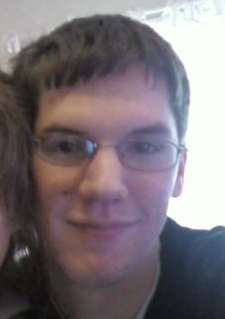 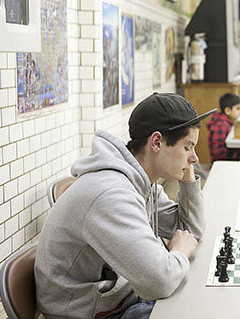 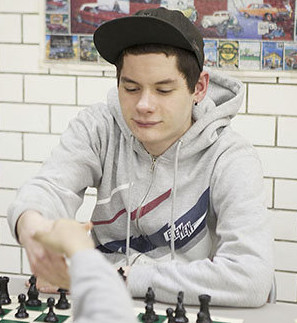 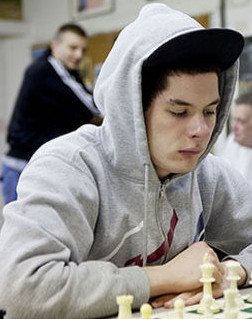 Pictured above are all six of William Finck's children, five of which survive, along with his second wife Barbara, and his sister-in-law Bernadette, who is also the sister of his first wife Debra, along with her children. Where are the "hybrids"? Where are the non-Whites? If there are none to be found here, then Eli James is a blatant liar and a slanderer.

For more information about these pictures and Finck's opinions on them, please see his recent Forum post entitled Finck Kids - All of Them