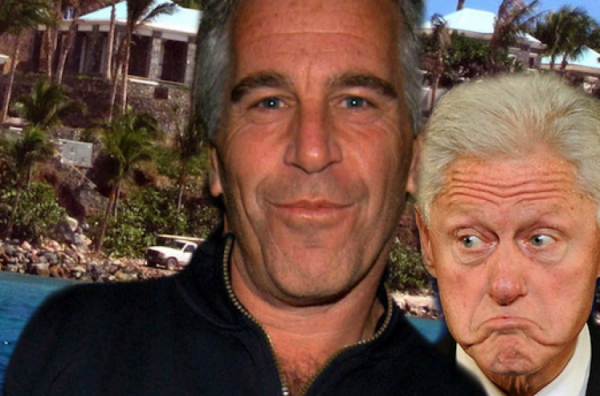 On March 11th of this year Pastor Mark Downey and I made a presentation here which I had titles Imprecating the Media. It was intended to introduce a 40-day period of fasting and prayer for which Mark had a related sermon titled Christian Identity Imprecation Against Fake News. The imprecatory prayer campaign was begun on March 23rd, and it expires on May 1st.

It seemed meet to me this past winter, to begin making posts at the Christogenea Forum illustrating fake news, and we have several items and articles on that topic at the main Christogenea website as well. Since Donald Trump was elected, the term Fake News has been brought before the public consciousness to a greater degree than ever before. We also noticed at an early time that many other commentators from the alt-Right, the old Right, or even from certain sects of Christian Identity were also trying to take advantage of the revelations that the news could be fake were being brought to the public consciousness.

Of course, many of us have known that the news has been faked for years. We can remember the Maine, the Lusitania, the USS Liberty, the Gulf of Tonkin, 911, all of the babies which were supposedly bayoneted by the Huns, the Nazis, and most recently, even the Iraqis. Fake news has been used for the promotion of certain political agendas ever since the first Jew bought a printing press. Now there are the fake atrocities blamed on the Syrians to justify the recent bombings.

Fake News comes in many flavors and colorful packages, but it is much more dangerous than most of the poisonous artificial sweeteners found in those colorfully packaged fake foods lining the supermarket shelves. The most common variety are the false versions of historical events which are constantly promoted in the Jewish mainstream media and entertainment networks. Then there are all the so-called “news” reports in mainstream news which either turn out to be absolutely fake, or which may as well be fake because of the politically correct nature in which they are reported.

But to those of our own cause, there is a form of fake news that leaves many of us looking stupid and which we must learn to avoid. This form comes from hundreds of so-called “news” websites which have patriotic or conservative-sounding names, and which publish one fake story after another telling Right-wingers or alt-Righters things they like to hear. Recently a group of such sites ran a story about the death of a non-existent Clinton campaign employee. Hundreds of comments on dozens of websites were made by people who self-righteously declared that the Clintons were at it again. But the supposed murder victim never even existed. This sort of fake news website helps our enemies in two ways: it makes us look stupid when we link their fake articles, and it makes the mainstream media outlets look legitimate because they do not carry anything so obviously fake. So these fake news websites even discredit the fact that mainstream media outlets often publish fake news. We created a list of the obvious fake news sites, and we hope to expand it in the future.

But while we are always going to have to deal with clowns and charlatans, a more nefarious agenda has come out of the new awareness of fake news. Since the last US Presidential election, Google, Facebook, and other major traffic conduits on the internet have vowed to combat fake news. For example, an article in the Telegraph last November reported that Google and Facebook Take Aim at Fake News Sites. Subsequent press releases from Google announced that they were increasing the number of “quality evaluators” on their payroll to filter traffic from websites that do not meet their standards for truth. Bloomberg Technology recently reported (April 25th) that Google will not only be filtering Fake News sites out of search results, but also sites which it deems to be “offensive”, and if you read Google’s posted policy page, Christianity certainly would be considered offensive. That means that it is these Jewish-controlled organizations which will endeavor to decide which news is fake for the people, rather than merely raising an awareness among the people. So it may be that the mainstream media, which has forever propagated fake news, will once again be the only news – if they have it their way. So the battle in front of us is as difficult as ever, as we must confront fake news to different extremes.

Even the leftist universities are getting in on the fake news game. The following is from the Harvard University Press Blog, from an article titled Rights, Action, and Social Responsibility

Earlier this month, De Gruyter and a number of its partner presses—of which we’re one—launched a portal to provide educational institutions with free access to a collection of books and articles across the sciences, social sciences, and humanities. Dubbed “Rights, Action, and Social Responsibility,” the initiative is intended to help combat false news sources, to support reflection on the nature of truth and ethics, and to encourage understanding of the struggles facing all members of society.

“Public debates surrounding immigration policy, climate change, international relations, and constitutional and human rights are currently at the forefront of the national discourse, especially, but not only, in the United States. Together, De Gruyter and its partners are keen to support a thoughtful and informed debate on these sensitive and serious issues,” said Steve Fallon, Director of De Gruyter’s Publishing Partner Program.

The content includes more than 500 books and selected journal articles from [various academic sources at a handful of universities, but we will not read the list here.] We looked at one of the articles being promoted by Harvard in this regard, by a Jew named Nathaniel Frank, who wrote a book called Awakening: How Gays and Lesbians Brought Marriage Equality to America, and the article details a conversation Frank had with Vice about the fight for marriage equality and the ever-changing nature of marriage as an institution. So we see that Social Justice Warriors would certainly endeavor to turn the Fake News phenomenon into a tool to use against Christianity.

And there you have it. Google, Facebook, and their fellow sodomites are trying to take over the battle against fake news for their own agenda, and the news is only bound to get faker than ever. To discuss our campaign of prayer imprecating fake news, and what we can do to elevate awareness of really fake news amongst our own people, here is Pastor Mark Downey….