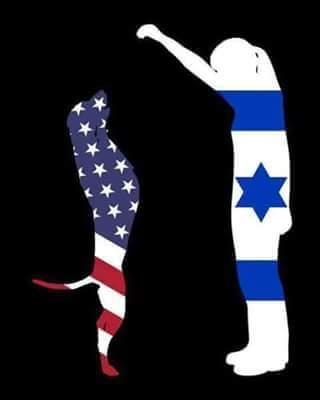 This program has been pre-recorded for Christogenea Saturdays and will be broadcast at Christogenea.org on May 14th, 2016. Praise Yahweh, the God of true Israel, and thank you for listening. Today is Sunday, May 8th, and we will have a conversation with a good friend who has been researching the events of 911, among other things, for several years now.

The events of 911 have done more than any other event in modern history to wake people up to Jewish treachery, or at least to the idea that something is significantly wrong with society. But Jewish treachery is nothing new. It is a problem that Whites have been struggling with for seven thousand years. Most Whites cannot see it, because they never studied history at a level detailed enough to learn the patterns. The bottom line is this: Whites will never learn anything, and Whites will never come to terms with learning, until the Jew is fully eliminated from partaking in the discussion. Once a devil is allowed to enter the discourse, the well is polluted and people are going to be steered away from the truth.

I was in prison when 911 happened. I had already been studying Christian Identity and Jewish treachery for nearly five years. I never accepted the mainstream paradigm and the causes of 911 that were heard on the radio or television, but I really did not know what to think because access to information is extremely limited in that environment. I did know that the presumed impacts and explosions in the upper floors of those buildings should never have caused both towers to collapse the way they did, and when building seven came down hours later it was clear that the event was orchestrated. I also remember that a flood of pseudo-patriotic music hit the country western radio stations in no time at all, and realized that the entire episode must have been manufactured in advance to hastily program another generation of American youth so that they would fight another Jewish war.

When I got out of prison seven years later, eventually I got around to investigating and sometimes discussing the events of 911, and I found a lot of people that I thought were gate-keepers, because they bickered endlessly about the methods used on 911, but never really spoke about the actual perpetrators. At the most, they would sometimes use vague terms in reference to “evil forces” inside the “government intelligence apparatus”, or something similar.

So the best thing I found was Mike Delaney’s movie, 911 Missing Links, which borrowed in part from the work of Christopher Bollyn and others, and which is an excellent composite documentary which concentrates on the culpability of the criminals, and does not argue endlessly or even present any particular thesis of how it was done. There should be no doubt that a gang of international and Israeli Jews were fully responsible for 911, and they coordinated many Jewish-controlled assets in order to pull it off.

If there were no planes, I never cared, because I would rather speak to common people about 911 on their own terms, and try to convince them as to who the real criminals are. If there were secret weapons or nuclear explosives, for that same reason I really never cared. [Furthermore, since I never saw most of the original footage or the initial photographs, I do not even know if the footage and photos available now are real or if they are doctored, so I am handicapped in that regard.] The Orthodox Jews dancing in the streets of West New York and the five Israelis arrested on Route 3 with the van full of explosives are much better indicators of the truth of the matter. So I have always tried to avoid arguing about the methods, especially because people are going to believe what they already saw a hundred times on television, and then to talk to them about what they may not have seen on television, but which can nevertheless be documented.

However the biggest problem is this: when you see people on the internet and in alternative media explaining how 911 was done, and you see Jews right there next to them, and they are using Jewish sources and Jewish so-called experts, then you know that you see gate-keepers. This for me has been the biggest obstacle to considering alternate theories of the World Trade Center’s destruction. Jews create rabbit-holes. That is what they do. They sow confusion a million different ways and cloud up all the issues. Every time something happens, an army of Jews in the alternative media come up with ten thousand hare-brained schemes and a ton of so-called “evidence” overnight, and the people who have rejected mainstream media most often get pulled into one of the Jewish rabbit holes. This is the same way that the Jews subverted Medieval Europe, because a large enough portion of the people have always been willing to listen to these devils.

SO it is my opinion that Judy Wood, Henry Makow, and even Alan Sabrosky must be eliminated from the discourse by Whites, because if they do nothing else, they nevertheless serve to convince Whites that there are “good” or “honest” Jews, and thereby allow Jews to continue controlling the dialogue because Jews seem to have endless resources for media production. But as long as the wolves control the dialogue, the slaughter of the sheep will never cease. It is not that Whites cannot make mistakes. 911 analysis has seemed to turn a lot of supposed experts into idiots, unless they were getting paid to be idiots (Dr. Thomas Eagar is an example.) But Jews and those influenced by Jews can never be trusted. You cannot fully heal a body from the effects of parasites until the parasites are eliminated. So for my part, I prefer to focus on the parasites, and we can clean up the mess once they are eliminated.

But this is a long and slow process. Whites make mistakes, or get paid to make mistakes, and sometimes Jews do things which are useful, and we are stuck with the chore of filtering out the bad, and examining what is left which may be worthwhile.

Now I have met the friend, who has been researching the events of 911 for himself for several years, and who has also awoke to Jewish treachery through that research. Along the way that has exposed him to many other elements of the Jewish war on Whites. Our friend has conclusions about 911 that he developed from his own research, and that also will be interesting to hear. While some of his sources cite Judy Wood or others whom we may not trust entirely, if at all, we may perceive that he has already done a lot of the necessary filtering, and we will be glad to hear him out. He has done internet radio in other venues, and he has been writing on 911 and other topics for at least 5 years.