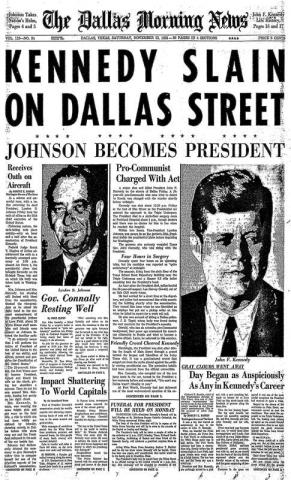 Comments I made during this podcast relating to John F. Kennedy and the Federal Reserve are now posted in the Christogenea Forum.

For a reading list on the assassination, and for other materials, see more here below. What follows are my opening remarks:

One facet of recent American history which I have not touched in any of my studies are the Kennedy assassinations. Perhaps that is because such a great amount of revisionist work – both good and bad – had already been done in that field even before I could get a chance to study it. But admittedly, I have not even taken the time to study which revisionist work offers the soundest treatment of the matter. The Michael Collins Piper book, Final Judgement, is often applauded, and I think it certainly blames the right culprits for the assassination, but I have not even read that. Looking at the field of available work, there seems to be a flood of conflicting theories floating around revisionist circles, and perhaps the subject is best left to someone who can specialize in this one area.

Thinking about tonight’s program, this morning I read an article at the Independent newspaper’s website in Britain, about the 1992 Kennedy Assassination Records Collection Act which requires that the balance of unreleased papers related to the assassination and still held by government agencies be published by October 26, 2017. The article admits that most Americans believe Oswald was part of some sort of conspiracy, and even that the 1978 House of Representatives Select Committee on Assassinations had found that there likely was a second gunman who fired at the president’s motorcade. But it still perpetuates the Oswald myth. Then it speculates about possible culprits, such as the Soviets, the Mafia, the Cubans, and even Lyndon Johnson. But it never mentions the Jews.

Subsequently, it has been reported that Trump acted to hold back a few thousand documents, bending to CIA and FBI appeals to keep the records secret for reasons of national security. The drama may never end, and perhaps it is all a charade.

In a few days it will have been 54 years since the assassination of President Kennedy. So tonight we shall hear from a friend, who may not really be a specialist on this subject, since he has had other work to do, but he has at least spent a great deal of time focusing his energies on studying the assassination of John Kennedy, and we are certain that he will offer us a balanced and thoughtful perspective….

Click this map of Dealey Plaza for the orginal, larger version.

JFK: The CIA, Vietnam and the Plot to Assassinate John F Kennedy

JFK and the Unspeakable

Oswald in the Doorway