Before Alfred the Great, there were few Anglo-Saxon Kings who had any degree of care for learning and refined culture. One of them who did was Alfred of Northumbria, who preceded Alfred the Great by nearly 150 Years. But Alfred of Northumbria only had an opportunity for learning when he himself was passed over for the throne by the Witena, or council, and his younger brother had received his father's kingdom. Rather than fight the decision, Alfred retired to Ireland and received an education in the Scriptures and other literature. He became king of Northumbria after 15 years of such an education, when his younger brother died. Soon following Alfred to the throne was Coelwulf, the patron of the English church historian Bede. In Book 3, Chapter 9 of his History of the Anglo-Saxons, Sharon Turner says:

“The effect of Alfred’s reign and habits in this province became visible in Ceolwulf, who soon succeeded to his throne. This prince, who acceded in 731, was the patron to whom Bede addressed his ecclesiastical history of the English nation. In the dedication, the venerable father of the Anglo-Saxon learning says, that it was this king’s delight not only to hear the Scriptures read, but to be well acquainted with the deeds and sayings of his illustrious predecessors. From this feeling he had desired Bede to compose his history. But the ﬂame, which Alfred had kindled in his dominions, was soon afterwards quenched there by the sanguinary civil contests that succeeded. It burnt, however, with a cheering inﬂuence in the other provinces of the octarchy. Bede and Alcuin may be considered as two of the valuable minds which it had excited.”

The following notes represent the citations from various books quoted by William Finck during the audio presentation. The writings of Bede, Gildas and Nennius are found in the References section here at Christogenea.

From The Annals of Ireland translated from The Original Irish of The Four Masters by Owen Connellan in 1846, from a footnote on the Druids found on page 75:

About nine centuries before the Christian era, according to our ancient annalists, Tigearnmas, monarch of Ireland, of the race of Heremon, was the ﬁrst who introduced Druidism and the worship of idols into Ireland; and it is stated, that while worshipping the idol Crom Cruach, the chief deity of the Irish Druids, along with a vast assemblage of his subjects at Magh Sleacht in Breifne, on the feast of Samhuin, (one of their deities, the day dedicated to whose rites was the same as the last day of October), he himself, with three-fourths of his people, were struck dead by lightning, as a punishment from heaven for his introduction of idolatry into the kingdom. Magh Sleachta signiﬁes either the Plain of Adoration, or the Plain of Slaughter, and obtained its name from the Druidical rites performed there, or from the human sacriﬁces which the Pagan Irish offered up to the deities of Druidism, as the Canaanites offered up their’s to Moloch. In this place stood a famous temple of the Druids, with the great idol Crom Cruach surrounded by twelve minor idols, composed of pillar stones, and decorated with heads of gold.... 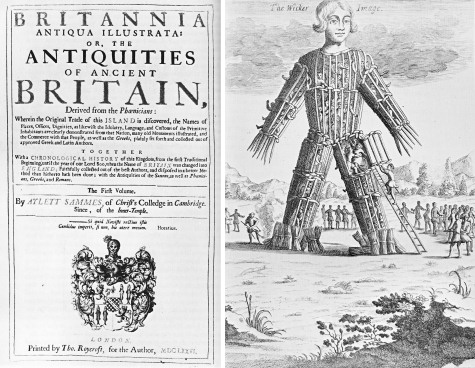 What follows below are all of the extant quotes from the Classics concerning the Druids which I [WRF] am aware of. Of course, there may be others. These are interspersed with some of my own notes. [Click here to read.]

One book discussed at length and cited during this program is The Brut, or The Chronicles of England, by Friedrich Brie. Also mentioned were Bede: The Ecclesiastical History of the English Nation and Nennius: Historia Brittonum 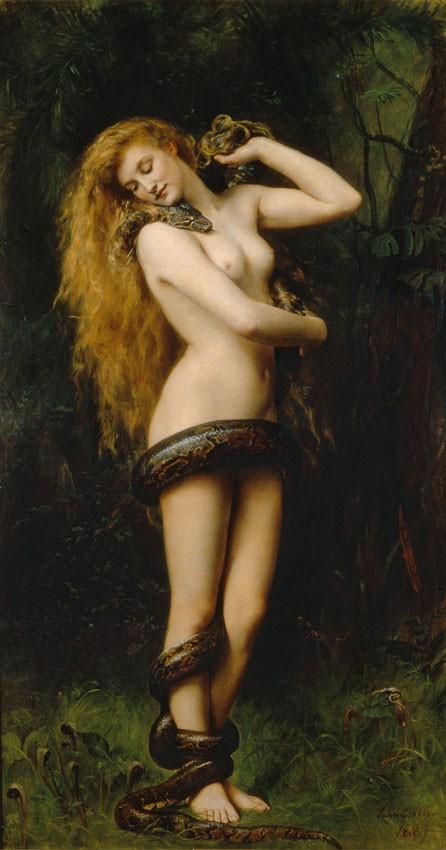 Two-Seedline Christian Identity teachings are found in some of the earliest writings of the Church Fathers. But it is the greatest of Biblical Truths and therefore the most oppressed and persecuted. Ultimately, the attitudes of the Alexandrian universalists prevailed because they were the most useul for both the Jews and the Roman Imperialists.

The following are William Finck's notes for the program:

A brief discussion of the universalist poison of Clement, Origen and Eusebius

Clement of Alexandria misused the phrase “brood of vipers” in Book 1 Chapter 11 of The Instructor (Paedagogus) and in Book 4 chapter 16 of The Stromata. Then in his Exhortation to the Heathen, Chapter 1, ascertained that one could go from being of the “brood of vipers” to being a man of God by accepting Christ:

Again, therefore, some venomous and false hypocrites, who plotted against righteousness, He once called “a brood of vipers.” But if one of those serpents even is willing to repent, and follows the Word, he becomes a man of God.

The universalist position of Scripture was expressed by Clement of Alexandria, and after him it was continued by his student Origen, another Alexandrian, and then by Eusebius. By the time of Eusebius, it seems to be the only position he could imagine, although he neglected to mention at least some of his own theological opponents, such as Methodius of Olympus.

Above: An illustration from an English tax roll, an Exchequer Roll, from the year 1233 AD.The devils are Jews, and the Jew was the source of revenue and taxes for the King.

This program is based on the article found at Heretical Press titled The Edict of Expulsion of 1290. Many of the original Medieval sources cited by Arnold Leese and Geoffrey Smith in that article are available freely online.

These include the Chancery Rolls and other documents of the English kings, which are available in facsimile format online and are indexed in several places, including the Medieval English Genealogy website and Medieval Genealogy Resources at Google.

Other books quoted or cited during the program are available here:

Social England Volume 1 from the earliest times to 1273 AD

Treaties, agreements, letters, and the acts of the public of any kind (Foedera...)

No matter the invasion, the conquered or the conqueror, it has always been the treachery of the native kings, nobles or chieftains by which Britain was overrun by foreigners, whether they were Romans or Saxons or Normans. The same thing is true of the non-White hordes who are overrunning Britain today.

When the Jews were banished by Edward I, usury was banished along with them. I found the following excellent summary in a book of the Parliamentary debates of New Zealand for the year 1901, where there was a debate over the permittance of pawn shops:

The Anglo-Saxon laws against usury were also very severe. Edward the Confessor outlawed usurers and confiscated their property; and [300 years later] Edward the First took such stringent steps to put an end to what was considered a great evil that he hanged 280 Jews and banished another fifteen thousand in one year - in fact, the opposition of the Catholic and also the Reformed Church with regard to this matter was so strong that it was considered un-Christian to take interest for money lent; and the consequence was that a liberal interpretation was put upon the Mosaic law to which I have referred, and the business fell principally into the hands of the Jews. It was held that, while a Jew might not take interest from another Jew, he was at liberty to get all he could from a stranger. Well, the fifteen thousand Jews were banished in one year, and no Jews were allowed to return to England until the time of Cromwell. That shows the view taken in England at that time in regard to the practice. It was left to Henry the Eighth to be the first to legalise usury in England, and he fixed the rate at 10 per cent. But his son, Edward the Sixth, a few years afterwards, repealed it: he did not believe in it; but when Elizabeth, the virgin Queen, came to the throne, she revived the statute of her father. James the First reduced the rate of interest to 8 per cent., Cromwell to 6, and Anne to 5; and since then usury has continued to exist and flourish.

Henry the VIII was raising money for wars in Europe, and he was at first relying on benevolences and the taking of loans without intentions on paying them back to do so. Benevolences were the extorting of “free will offerings” by the king from his subjects.

William Finck's program notes follow (other resources are linked below):

A HISTORY OF THE MONEY CHANGERS, by Andrew Hitchcock

1609 The money changers in the Netherlands establish the first central bank in history, in Amsterdam.

1642 Oliver Cromwell is financed by the money changers for the purposes of fomenting a revolution in England, and allowing them to take control of the money system again. After much bloodshed, Cromwell finally purges the parliament, overthrows King Charles I and puts him to death in 1649.

The money changers immediately consolidate their power and for the next few decades plunge Great Britain into a costly series of wars. They also take over a square mile of property in the center of London which becomes known as the City of London.

1688 The money changers in England following a series of squabbles with the Stuart Kings, Charles II (1660 - 1685) and James II (1685 - 1688), conspire with their far more successful money changing counterparts in the Netherlands, who had already set up a central bank there.

They decide to finance an invasion by William of Orange of Netherlands who they sound out and establish will be more favorable to them. The invasion is successful and William of Orange ascends to the throne in England as King William III in 1689.

The Roman Catholic Persecution of the Early British Christian Churches

Some of the notes used for the program, the excerpts from Bede's Eccleiastical History and the Chronicles of Ireland, follow below.