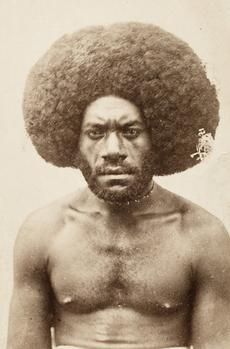 Remembering Clifton Emahiser, Who is the Beast of the Field?

Too many Identity Christians take for granted the claim that the non-White races are the so-called “beasts of the field”. While in some passages non-Whites may be described as beasts, the word beast in those instances being used as a pejorative, that does not mean that they are the “beasts of the field” or “beasts of the earth” of the Creation account in Genesis. Alan Campbell, Eli James and others have continually made that claim, but it simply is not true. Then, more nefariously, Eli James and his cronies would call them “men” in relation to the New Testament, which is a Jew trick if I ever saw one.

The truth is, that Peter called the non-Whites among us “natural brute beasts, made to be taken and destroyed,” and that is truly what they are, but none of the creatures created by Yahweh were made for that express purpose. In that same verse of his second epistle, Peter went on to say that they “shall utterly perish in their own corruption”, ostensibly because they came to exist through corruption.

On May 15th, 2010 I hosted a segment of Yahweh's Covenant People for an absent Eli James, and invited Clifton Emahiser to discuss this issue and his series of papers titled Who is the Beast of the Field? If any single podcast precipitated my split with Eli James and the division in our Christian Identity community over the issue of race, which came to the surface seven months later, in January of 2011, it was this podcast.

Alan Campbell, Eli James and others had consistently claimed that the other races are the chay erets, or beast of the earth, of Genesis 1:24-25. There the phrase is used along with others such as behemah, or cattle, and remesh, or creeping thing. All throughout Scripture these terms are used to describe animals, whether they be farm animals or wild animals, and never specifically identify people. The few times that the term beast may be construed to refer to a sort of people, the term which appears in the Hebrew is behemah, and never chay erets. There is solid documentation from his own papers proving that Alan Campbell lied about this, and Eli James and others blindly followed his lies.

It is often protested that Yahweh created “all things”, and of course He did. Yahweh created all things which He created. But there are people here whom Yahweh did not create. So Paul tells us there are sons and bastards, and Yahshua Christ Himself informs us that there are plants which Yahweh did not plant. The other races have always, historically, been called man by men, but Yahweh took credit for creating only one race: the White race, the Adamic race, and it is certain in history and archaeology that all of the Genesis 10 nations were originally White.

But Yahweh never took credit for creating other races of men besides Adam, so we cannot assume that He created them, when Christ Himself warns us that there are plants here which Yahweh did not plant, and that the tares of the field were planted by the devil. There are fools who claim that the tares are only the Jews. While Jews are tares, there is no Scripture which tells us that the tares are only Jews. Even in the Bible, it is clear that Arabs and other peoples of mixed race also have the same origin as the Jews.

In the end, all nations are gathered and there are only sheep and goats. The sheep are all Adamic, and the goats share the same fate as the devil and his angels. By their destiny, we should be able to determine their origin. Only the Adamic race is born from above, and Christ told His adversaries that they were from below, meaning that they were not created by God. In my humble opinion, only a bastard would reject the simple truth of Scripture.