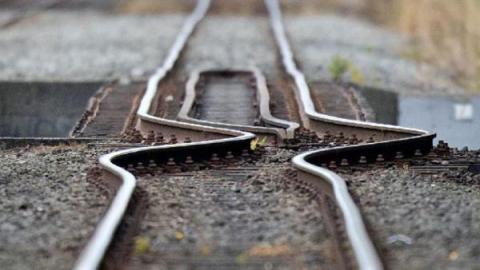 Tonight we continue mourning the death of our long-time friend and fellow-worker, Clifton Emahiser, who passed on Wednesday afternoon. I did my best to explain how that happened in a few words at the beginning of last night’s program, but I have not yet posted that recording. I will do that soon. Initially, I did not plan on writing a separate introduction for this evening, and have since changed my mind.

Last night, I asked for suggestions as to what to play today, and a dear friend and someone who has followed our work since 2009 made a request which would not have otherwise crossed my mind. He wanted me to replay a January, 2011 program that Clifton had done with me, which put the final nail in the coffin of my relationship with the fraud, the great impersonator, Eli James.

From my current perspective, thinking back on what had transpired in my ministry throughout 2010, I could probably mark the beginning of the rift with Eli James to a Yahweh’s Covenant People program I did with Clifton Emahiser on May 15th, titled Who is the Beast of the Field? At this time, Clifton began directly addressing some of Eli’s heresies, while I sought to maintain a more subtle and conciliatory approach, attempting to persuade Eli of the truth in an academic fashion. While Eli had some significant differences with me, for podcast after podcast, over a period of two years, he hardly ever disputed with my scriptural exegesis. In fact, when we spoke together he often agreed, even on the race issue over which we ultimately split.

After our May presentation, however, and throughout the summer and fall of that year, Eli only dug himself in and defended himself where I and Clifton disagreed – not on our podcasts, but in articles which he was writing on his website. So while the disagreements stayed in the background for a long time, by October I knew that a split was imminent. It was only a matter of time. A few weeks later, in November when Eli visited with me in New York, he cut the planned time of his visit in half, and for an evening and a morning he completely evaded addressing the differences between us with persistent excuses.

Come January, with arguments over our differences still mostly in the background, Eli decided to take a weekend off from our podcasts, and left me alone to fill the void on very short notice. I think he told me on Thursday, in fact, that he would not be with me that weekend. So that same day, I called Clifton Emahiser and asked him to do something with me on Talkshoe for Friday evening. In my usual accommodating fashion, I told him that he could pick the topic. So he answered that he wanted to talk about the Good & Bad Figs of Jeremiah, the Ark of the Covenant and a few other things, all of which were matters of contention with Eli James. Of course, I promised Clifton that he could pick the topic, and I would not go back on my word.

So on the old Christogenos program on January 14th we presented a program that I could only title Jeremiah - The Good & Bad Figs, The Ark of the Covenant and Other Topics with Clifton Emahiser. Knowing the subject matter quite well, I did not prepare any notes, so for my part the program was extemporaneous. I took the time instead to prepare Errors Inspired by Who? Part 3, which I presented on Saturday, January 15th. Back at that time, not all of my podcasts were getting thousands of downloads. Many of the podcasts I had done with Eli have only a few hundred downloads to this very day. So as I write this introduction, this program which I did with Clifton has less than 500 downloads at the Christogenea Archive website, which is actually a remnant of things from my original Christogenea site that I did not move to the new site when I activated it in January of 2014. I wanted to leave at least most of the material I presented with Eli James behind on that old site, and only retained a few things on the main site that I thought were important. So far as I know, every podcast I ever did with Eli James and a few others, such as his puppet Greg Howard, is posted at the Archive site, if it is not still posted at Christogenea.

After Clifton and I did this program on Jeremiah and the Good & Bad Figs, the background dispute with Eli James intensified greatly, so there is no doubt that this is the program which finally caused our split. Back at that time I also did an Open Forum question-and-answer type program every Monday evening. So on Monday January 17th, I elevated the dispute by making a presentation called The End of Genesis Heresy. The background arguing escalated to an even higher level, and listeners and supporters began choosing sides. A few years later, The End of Genesis Heresy became the initial basis for the Pragmatic Genesis series I began in October of 2013. Surely Eli and those who fell off on his side of the argument never listened to that.

The next weekend went well, in spite of what was transpiring in the background. On Friday January 21st Eli James and I presented Jeremiah Chapters 27 to 31. Today I would never present so many chapters in 90 minutes, especially important chapters such as those, but it was Eli’s tendency to rush through everything. Nevertheless, the Jeremiah series was gaining popularity and that podcast had over 16,000 downloads from the Archive site. Then on Saturday January 22nd Eli and I presented Revelation Chapters 6 through 8, which probably turned out to be the most popular podcast we did together, having 23,000 downloads from the old Christogenea site, which is now the Archive site, and over 5,000 more from the separate Christreich site. Maybe they were so popular only because they were the last two programs which we did together.

I really wanted to finish the Jeremiah series and the Revelation series with Eli. I knew that we were getting to points in both of those books where my views on Scripture would corner him, and where he probably would not be able to slither his way out of his predicament. But on Sunday, January 23rd, Eli James did a program with Greg Howard that made reconciliation – or any chance that I could continue my relationship with him – quite impossible.

On my Open Forum on Monday, I presented My Response to Eli James' Coming Out as a Universalist. I was extremely angry with Eli’s patent dishonesty, sneaky methods, double-mindedness, so much that I ranted my way through the entire program. I thought it was so bad, that I did not even post it at Christogenea until the end of 2013! So as a result of withholding it, it had only about 300 downloads from the old website, and now it has over 1,200 at the new site, where I decided to keep it posted. Even that number is rather small, but I would probably rather it be that way.

Over the ensuing week, Eli’s lies and the stories he was contriving caused me to write an article, The Anatomy of my Split with Eli James. He was boasting about debating me, and I waited for an invitation, but the offer to debate never came. He was creating straw-man arguments so that he could prove how brilliant he was at defeating our position, putting words in our mouths that we never spoke, all while ignoring our real arguments.

Then on January 31st I presented Genesis Revisited, Angels and Beasts, which had over 21,000 downloads from the old site, and on February 7th I presented Jeremiah 31: Beasts, Sheep and Goat Nations, which I subtitled “The program that Eli James couldn't do.” He couldn’t do it, because his false theology concerning non-White races would not have held up if he tried to debate it with me.

Since then, the arguing has gone on for years, and never seems to stop. But we will stay on course, and we will never accept the CI which Eli promotes, which really stands for Compromise Identity. Eli gambled and lost. He thought I would choose popularity over truth. He admitted that in his program with Greg Howard. Somehow he thought that the popularity of Christogenea was because of him, and he was very, very wrong. Since a only couple of months after I started the website, Christogenea has always been the most popular Christian Identity website in the world, and it still is. Clifton gets much more credit for that than Eli ever could. But our struggle is not about popularity, it has always been about truth, and that is the way it is going to stay.

The problems with Eli were looming in the background for a long time. Many of our more adept listeners understood the differences as they listened to the podcasts which we did together. Many of them also wondered why I worked with Eli at all. But my own motivation was to teach, and not necessarily to lead, and that also is how I remain. Now we shall listen to Clifton, as he finally forces the arguments over our differences into the foreground. Clifton was perhaps much more angry than I was, but I cannot fault him for that, as his indignation was certainly quite righteous. So this is Clifton Emahiser on January 14th, 2011.